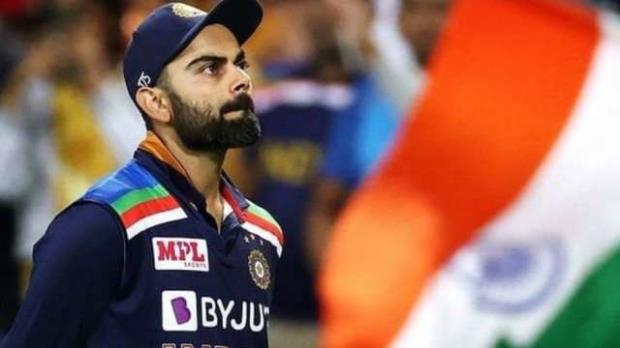 Nothing seems to be going well for the former team India captain Virat Kohli. Struggling with poor form in the past three years, Kohli might face a big blow right before the T20 world cup. If media reports are to be believed, the Indian team management and the selectors believe that Kohli doesn’t seem to fit in the team’s T20 middle-order batting line-up anymore. In the next 10 days, India will play two T20Is and a three matches ODI series against England. If he fails to perform with the bat in this series he might be sent out of the team. The management believes Rishabh Pant, Dinesh Karthik, Shreyas Iyer, and Deepak Hooda can be a better alternative to Kohli in the team.
Virat Kohli might miss his berth from the T20 World Cup squad:
The team management and selectors are not clear enough in giving Kohli space in the team. Players like Rohit Sharma, Rishabh Pant, and Hardik Pandya will be part of the squad in the series against the West Indies, but Kohli’s presence in the team will only depend on his performance against England and this might also cost him his place in India’s world cup squad.
The team management’s decision clarifies their future intentions:
The Indian squad against West Indies is only for the ODI series, BCCI is yet to announce the T20 squad which means the squad for the T20I against the West Indies will be updated based on the player’s performance in the limited-overs series against England.
Poor performance in the IPL can be a matter of concern for the management:
The average performance of Kohli in the past two years even failed to perform in the IPL-15 as well. Kohli scored 341 runs in 16 matches at an ordinary average of 22.73. It has happened for the first time since 2009 when Kohli’s average has dipped below 25 in any season. Playing his first season after giving up his captaincy Virat Kohli even failed to score in the two Knockout matches that Bangalore played this season.
Virat has played only two matches in 2022
This year Virat has played only two T20Is for India scoring 69 at an average of 34.50. Whereas last year Virat was in great touch with the bat in T20Is. In 10 innings he scored at an average of 74.75 accrediting a total of 299 runs, including his fifty against Pakistan at the World Cup in UAE.