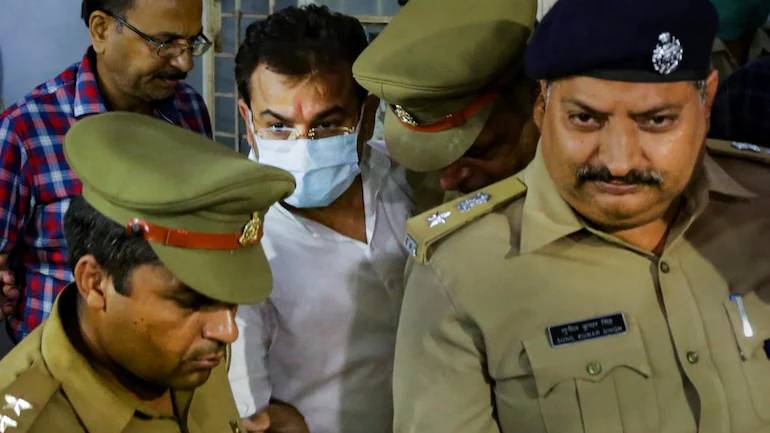 Union minister Ajay Mishra’s son Ashish Mishra who has been accused of mowing down protestors in Uttar Pradesh's Lakhimpur Kheri that triggered violent events was sent to three days police custody by a local court. The violent incident has claimed eight lives. Ashish Mishra was arrested on Saturday after being questioned for more than 12 hours by police who said he was giving "evasive answers" and not cooperating with the procedure.

The UP police had sought 14-day custody of Ashish Mishra from the court saying they want to question Mishra of involvement in any possible "conspiracy" in the case.

The union minister’s son was arrested 5 days later after his name was connected to the murder of the farmers. Although the charges against him are legitimate and he should have been arrested immediately, questions are being raised if he was afforded VIP treatment because his father is powerful.

According to the FIR, Ashish Mishra has been named by the UP police and 15-20 others as accused and all have been charged with murder. The FIR also stated that Union minister Ajay Misra's son who is also known as Monu was seated in the car that ran over the protesting farmers in Lakhimpur Kheri.

Sources from the Uttar Pradesh police said that Ashish Mishra could not produce any point or evidence about his whereabouts when the incident happened on October 3. The cops were also yet to know the explanation to question the findings of two empty cartridges at the scene that seconds farmers' assertion of being fired at and does not match the statements of Mishra's men who said there was no firing at the area.

Witnesses have claimed that Ashish Mishra was not present at the event to which he said he was at the event between 2 and 4 pm. It was around 2 to 4 pm when the incident took place. Mr Mishra's phone location shows him to be closer to the scene and the driver of the SUV who rammed the protesters didn't appear at the station to confirm the description made by him.

Asish Mishra was arrested after the Supreme Court’s intervention that reminded the UP police that law must take its course against "whoever is involved"  and also amid the nationwide outrage that accused the UP government of protecting the minister’s son.

Ashish Mishra has been accused of killing farmers who were protesting against UP deputy chief ministers’ visit in the area which was carried out in peace. Eight people, including four farmers and four from the minister’s convoy, lost their lives in the incident. Even though the minister admitted that the SUV belongs to him that ran over the farmers, he maintains he was not in it.