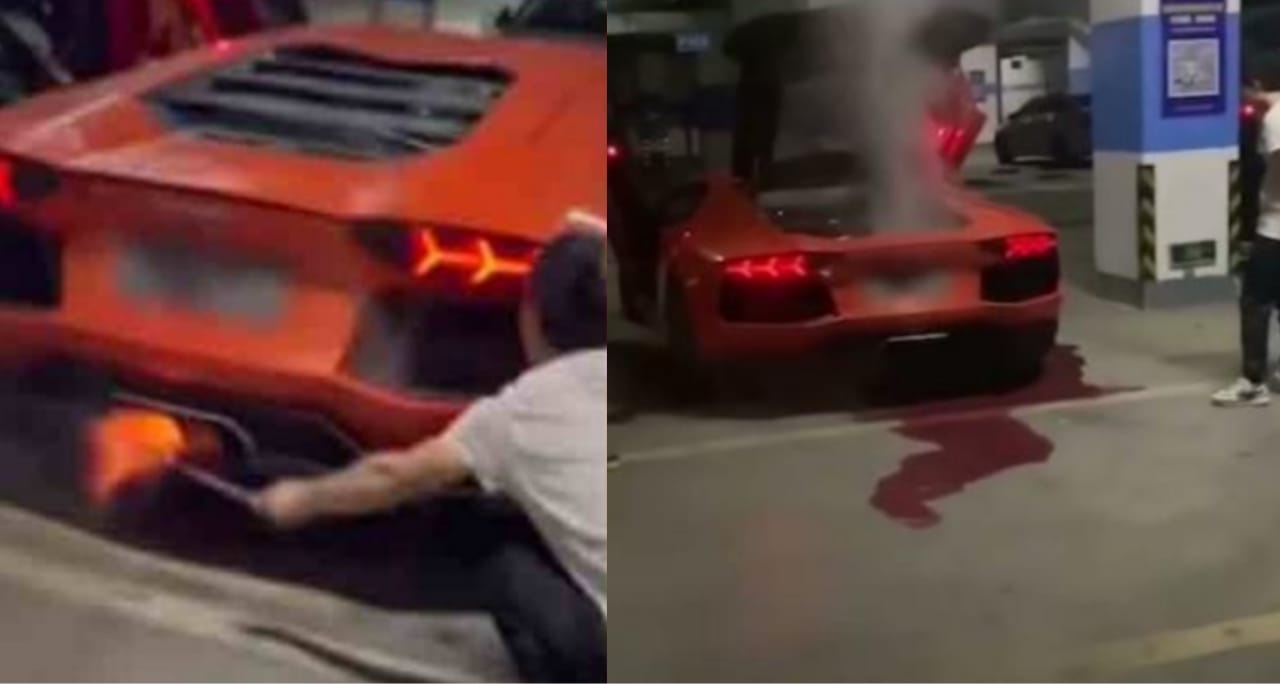 In yet another incident, a video of a Chinese man trying to cook kebab from Lamborghini’s exhaust has gone viral. In the viral video, man can be seen grilling meat using the flaming exhaust of the car, and what happens after that makes him regret this silly stunt.

In the video, a man can be seen crouching on the floor next to the exhaust of a Lamborghini holding the skewer with the meat while another man revs the car’s powerful V12 engine which sends flames from the burning fuel shooting up the pipe to grill the kebab.

Though the process seems to work at first, soon the smoke begins pouring from the engine bay. The man can be seen fleeing. Along with this, a red coolant liquid leaks out of the car.

Men around the vehicle could be seen in shock, meanwhile, none of them appears to know how to handle their extraordinary stunt.

The incident took place in China’s Hunan where a group of men had met up with their luxurious sporty vehicles in a garage.

According to experts, this accident happened because the Lamborghini was being revved while cold and the plastic coolant tank ruptured which caused the blood-red coolant to steam out over the floor.

Netizens seem unimpressed as the video goes viral on social media. One of the users commented, “The Lamborghini Aventor is not good for cooking meat? Who would have known.”

Where one said, “If he doesn’t understand what he is doing to the car, he should not have it,” another wrote, “One of the worst things you can do is repeatedly rev a car in neutral. It is not designed for that, especially a Lambo.”

Get the latest update about world news, check out more about Trending news, viral on social media, Lamborghini goes up in smoke & True Scoop News