On Monday, the price of Bitcoin, Dogecoin and XRP dropped. 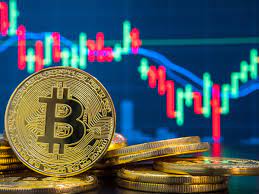 The cryptocurrency has nearly decreased by 1 percent to $ 2.31 trillion, as compared to the previous day, according to the statics shared by coinmarketcap.com. On the other hand, Bitcoin, the world’s largest cryptocurrency, witnessed a 16 percent gain to more than $ 57,000 today.

CoinDCX Research Team said, “Bitcoin surged to a 5-month high, increasing by 30 percent in October. As economies across the world begin to reopen and fast-track their road back to recovery, Bitcoin’s rally could be an indication of investor confidence in the global economy and its rising position as an asset class.”

Ether was trading at $3,602 or 0.50 percent higher than its price 24 hours ago. Other altcoins like XRP, Cardano, Polkadot, Stellar, Uniswap, Dogecoin and Chainlink were trading lower than their prices 24 hours ago.

As reported by Reuters, China has added cryptocurrency mining to a draft list of industries in which investment is restricted or prohibited, although it reduced the number of sectors on the list overall, a document released by the state planner showed on Friday.