The film Malik carefully unfolds the tangled pattern of how politicians influence as well as corrupt the system. The deadly combination of politics, religion and gender will have you on the edge of your seat. 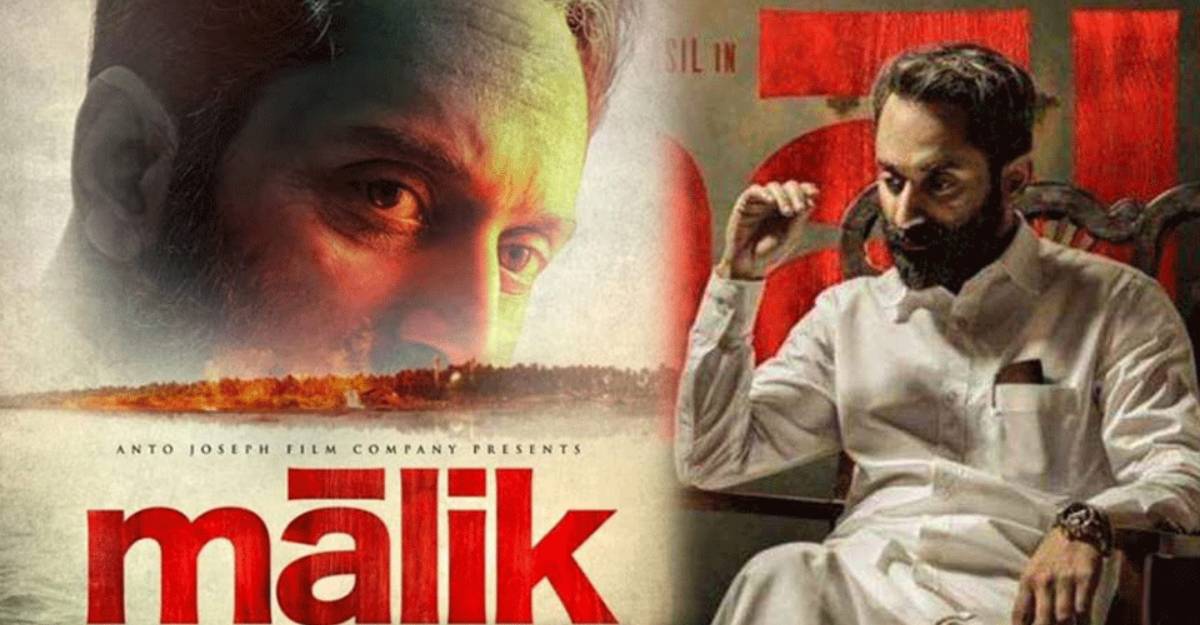 Malik is a mixed treat for viewers, besides its tangled and intense start. The cast including Fahadh Faasil, Nimisha Sajayan, Vinay Forrt, Jalaja and Joju George together make it a rich mocha cappuccino on a rainy day. Malik has been released on Amazon Prime.

Directed by Mahesh Narayanan, who has received several awards for his remarkable contributions including ‘Take Off’ and ‘Ennu Ninte Moideen’ has narrated the struggle of a school dropout. The story revolves around a boy who grows up to serve his community and protects the citizens.

The plot of the film is similar to Mani Ratnam’s film Nayakan. In Malik, the protagonist Suleiman fights for the land rights of the people and often bends laws. Like Newton’s third law, Suleiman had to face the equal and opposite consequences of all of the decisions he made.

Even though the plot gives away the same idea, the two ( Malik and Narayanan ) are masterpieces in their own way. The film’s plot is loosely narrated on the Beemapally riots that occurred in 2009. During that incident, the police had opened fire on the residents of the village and then later masked the whole incident.

The total run time of the film is 160 minutes during which the film has a few scenes where the pace is slow compared to the rest and a little challenging to comprehend. The story strongly depicts the reality of how politicians have been manipulating the system as well as the people.

There have always been instances where the backward communities have suffered without being aware of their rights. Often this exploitation is not talked about as the whole system is flawed and the problem exists in the roots.

Mahesh Narayanan’s direction and Sanu Varghese’s cinematography have together made this a visual treat that no one should miss.