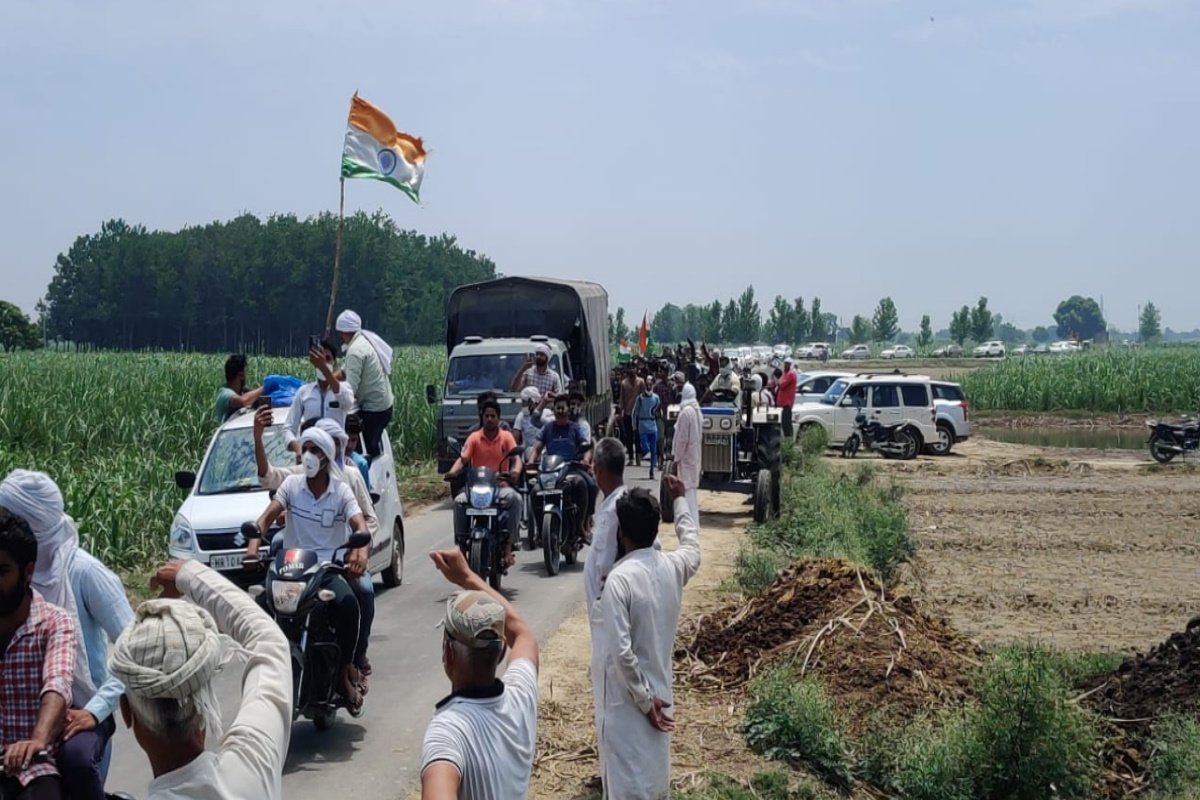 The body of MiG-21 fighter plane pilot Abhinav Choudhary had arrived at his residence at Gangasagar in Meerut from Hindon airbase station on Saturday morning. After the ‘last darshan’ in Meerut, the body was respectfully taken to ancestral village Pusar in Baghpat to perform the last rites of the martyr.

The Air Force officers brought his body in an army vehicle. His family was taken to Baghpat from Meerut in another Sena vehicle, while father Satyendra Chaudhary expressed willingness to accompany his son.

The mortal remains of martyr Abhinav Chaudhary reached the ancestral village on Saturday, where everyone present got emotional. The entire village was in grief as the body was taken out for the last rites.

District officials also paid tribute to Abhinav through online mode as due to covid restrictions it was not feasible to be physically present.

As the friends and family bid farewell to martyr Abhinav, the entire village was mourned for the loss to the family.

Residents of the village who witnessed the crash informed that the pilot was landing safely after jumping off the plane but due to default in the parachute and strong wind his head hit a heavy object on the plane. He died because of a neck injury.

Residents of the crash site appreciated the pilot’s intelligence as the aircraft crashed in the fields near the homes. Hundreds of people would have died if the aircraft had fallen in the village. The area of the incident was half a kilometer away from Langiana village and one kilometer from Langiana Kalan village.