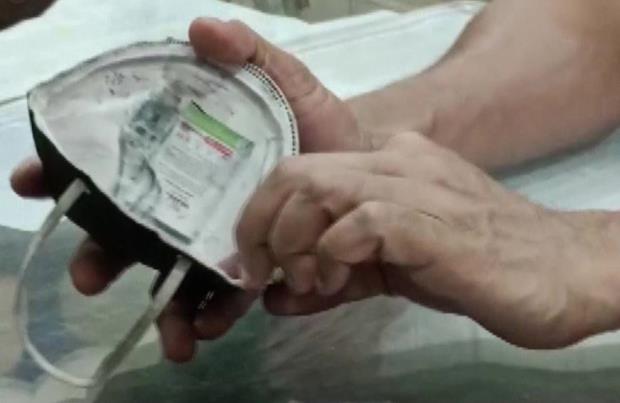 In Pimpri Chinchwad, candidates appearing for the police recruitment exam used a high-tech method of cheating. The city police have arrested two people after masks with electronic devices, like microphones, SIM cards, and a battery were seized. The accused have been sent to police custody for 3 days.

The masks with electronic devices were found from a candidate who had arrived to appear for the police constable recruitment exam in Hinjewadi on Friday.

The case was filed against the accused under sections of the Maharashtra Prevention of Malpractices at University, Board and Other Specified Examinations Act, 1982.

According to a press release, the complainant, Police Naik Shashikant Devkant (34) of Hinjewadi police station, was on duty at Blue Ridge Public School, which was the site of the written examination for constable recruitment on Friday.

Also Read: Nation should stand paramount to all: Om Birla on Sidhu's remark

He caught the accused while screening applicants entering the test centre and discovered an electronic device linked to his face mask. The culprit left the scene before the police could apprehend him.

Meanwhile, the Pimpri Chinchwad police detained a guy and his accomplice at another examination centre in Bavdhan Budruk for allegedly acting as a dummy candidate.