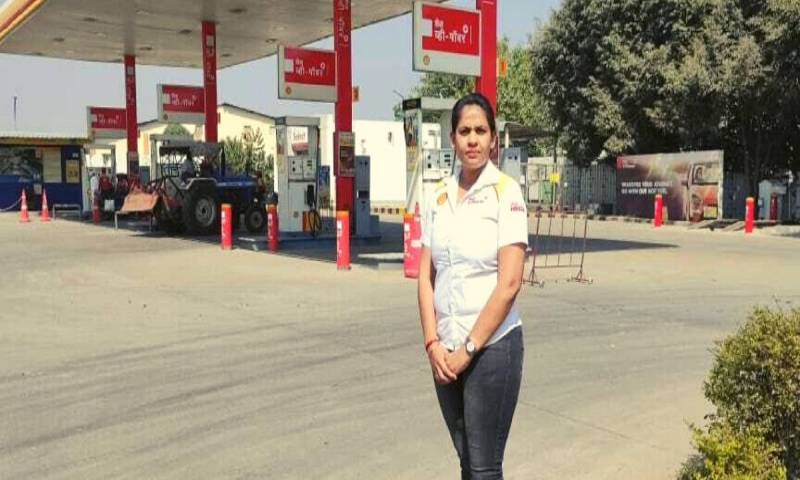 Rupali A Bhise, a Pune-based fuel station retailer was once fascinated with tractors and trucks however, an unfortunate incident made her change her vision towards life. She says, "Sometimes when you stop looking for something, that's when it comes to you."

Just like a stroke of chance, Rupali found her 'passion for vehicles,' which she had given up years ago, but it eventually followed her path.

The 35-year-old  is among one of those women who chose to take up an extraordinary profession to break stereotypes in the retailing industry. She is presently heading multiple oil and gas stations in Pune, Maharashtra. In the fuel retail industry, generally considered to be run by men, Rupali is a rare leader paving the way for other women to do something different in their lives. She is handling her hard job responsibilities, right from the site operations, efficient management of two stations in Maharashtra to supervising and looking after her staff's safety, well by staying on her feet 24*7.

Rupali took birth in a small village Bela, near Nagpur, and since childhood, she liked to help her father in fields. "I grew up with two brothers who never took too much interest in farming. I was lucky my parents never discouraged my interest,"  says Rupali.

She added that it was while being out on the farms that she learned how to maintain large vehicles. It was her responsibility to take care of the tractors and trucks.

"The more I worked with farming equipment; the more passionate I became about automobiles and how they work," said Rupali.

"Although my mother kept pushing me to follow my passion, I knew I had to support the family, and so I pursued a comparatively ‘conventional field’. In the next few years, I pursued a BSc in Biochemistry and then an MBA. For several years after, I worked in the apparel manufacturing industry, unaware of how fate would turn once again," Rupali asserted.

In 2017, in a stroke of luck, she came across a sign that read that Shell was looking for retailers to join their network. Not wasting any time, she reached out to Shell India, who were looking out to a diversified workforce. At first, Shell officials supported and trained Rupali to fit into the job role and was taken on board as one of the first few women fuel retailers in the country. It came as a life-changing incident because her passion saw a revival.

Also Read: FirstStoryPositive: Begin your day with a mother’s unconditional love for her adopted daughter

Rupali, today is the first woman in Shell's retailer network and is successfully running multiple fuel stations. According to Rupali, embarking on this journey was initially full of challenges as her brother was concerned about the hard work this field demands. However, through all these years Rupali did not lower her spirits as she knew she had a second chance to work for her passion, her dream.

Owning and controlling multiple fuel stations has made Rupali an exemplary woman for others to break the stereotypes that girls are suitable to take over any job with their dedication. The fuel station owner also added that in her exemplary journey her husband, who is a food entrepreneur, has been very supportive throughout the process.