"Men are very happy to be regarded as sex symbols": Milind Soman

Milind Soman, model and fitness freak, always lives up to his sex symbol tag with aplomb and says the definition doesn't bother him. 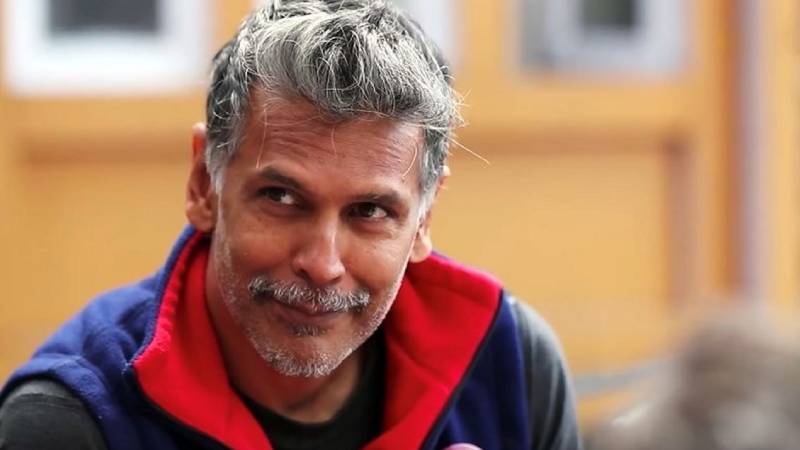 He courted limelight and controversy posing in the nude with then girlfriend Madhu Sapre, wrapped by a python, for a shoe commercial in the nineties, and did much the same again nearly three decades later when he ran in his birthday suit on a Goa beach to celebrate his 55th birthday last month. Milind Soman, model and fitness freak, always lives up to his sex symbol tag with aplomb and says the definition doesn't bother him.

However, he acknowledges the gender disparity in this context. "When a woman is regarded as a sex symbol, it might be everything that she is seen for, which is not a good thing," he observed.

The actor feels things are changing for the better.

"I think it is going away. I see it becoming a little bit more equal. The whole thing can't change at once but different aspects, especially gender equality, will change quicker than other aspects," he added.

Recently, Milind caused a stir when he posted a nude picture of himself running on the beach on his 55th birthday. While the actor was lauded by many for the viral image, he was booked by South Goa district police for obscenity.

Asked if the reactions and response to his birthday suit picture surprised him, Milind laughed and said: "Nothing surprises me."

"Okay, on social media, nothing surprises me. I've been here for more than 30 years. People's opinions are important. But what they tell you is how our society is growing, how our values are changing and how our culture is evolving. It doesn't mean that something is good or bad, or that's not what it tells me. I can decide what is good or bad, but what it (the reactions) tells me is about society. (Now), more people are getting more exposed, and more people are able to express their ideas. That is interesting -- what ideas they come up with and how they change over time," he added.

Tell him he looks good in the birthday picture, and his response is: "A lot of people who saw it have told me the same thing."

At the moment, Milind is seen in the role of a eunuch in new web series "Paurashpur". The series traces the story of a medieval city that is fraught with crime, corruption, abuse of power, misogyny, rape and love. It is set against the backdrop of 18th century India.