The last time Bhuvneshwar Kumar bowled a no-ball in international cricket was way back in October 2015. 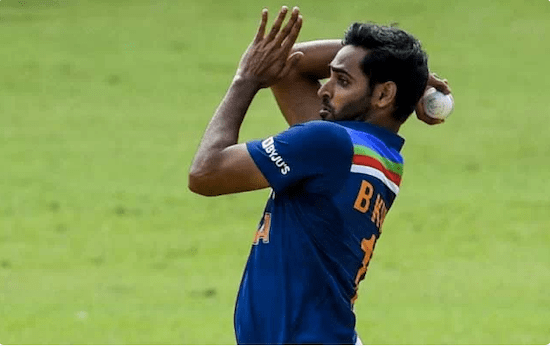 Bowling a no-ball is an unpleasant experience for every bowler. And it may be costly, especially in limited-overs cricket, when when a bowler oversteps, the other team is also granted a Free Hit off the next delivery.

Bhuvneshwar Kumar is an important part of India's limited-overs setup, bowling tight lines and allowing few extras. For the first time in more than five years, Bhuvneshwar Kumar delivered a no-ball in the second One-Day International between India and Sri Lanka. Kumar also hasn't bowled a no-ball since October of last year. This is also the first time in a total of 3093 deliveries on international cricket that he has overstepped.

When bowling to Minod Bhanuka, Kumar bowled a no-ball off the first delivery of the fifth over. However, Kumar's following ball, which was a Free Hit, did not cost him, as he delivered a slower delivery to elude the batsman.
Also Read: ICC should reconsider 15 degree elbow rule : Saqlain Mushtaq

Twitterati’s reaction
Fans have also expressed their feelings about Kumar's no-ball on Twitter. While one fan stated that Kumar is the epitome of discipline after bowling a no-ball after 515 overs, another stated that Kumar's streak has come to an end today.

Another fan wrote on Twitter that Kumar's first no-ball since October 2015 is a mind-blowing accomplishment. Finally, another cricket fan questioned whether Kumar had gone too far.

The Sri Lankan scorecard shows 118/2 after 24 overs at the time of writing. Minod Bhanuka and Bhanuka Rajapaksa are the two batsmen who have been dismissed. Yuzvendra Chahal, a spinner, took both of Sri Lanka's wickets. In the inaugural One-Day International, India defeated Sri Lanka and won by 7 wickets. To stay in the series, Sri Lanka needs to win the second ODI. 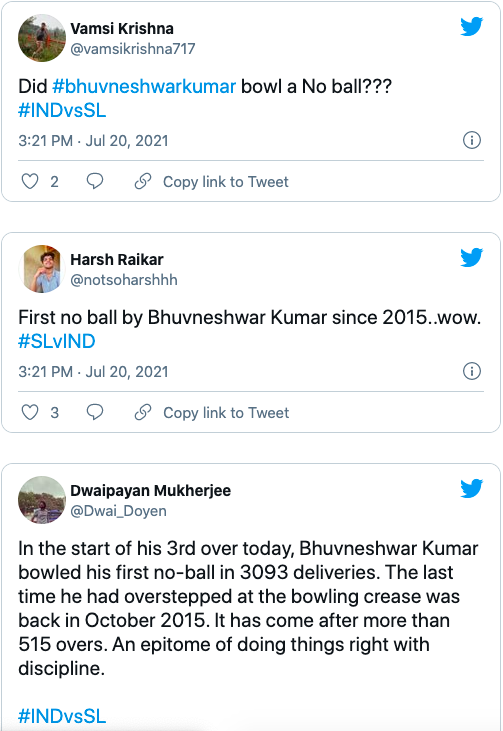 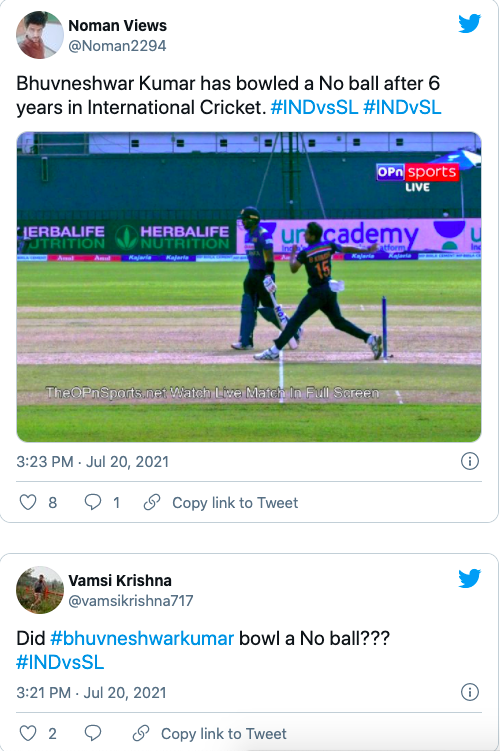 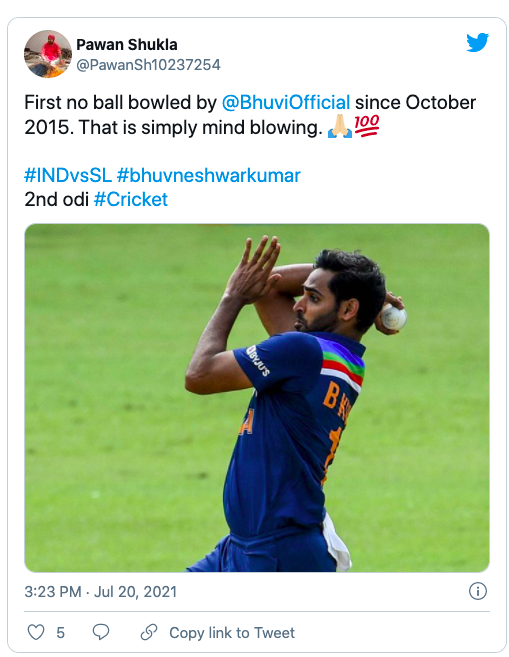 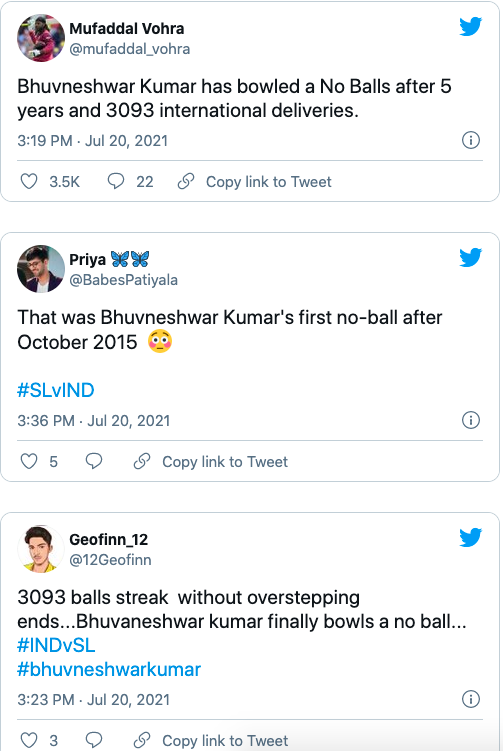