He didn't show up for the summons yesterday owing to health issues, said Mr Teni. 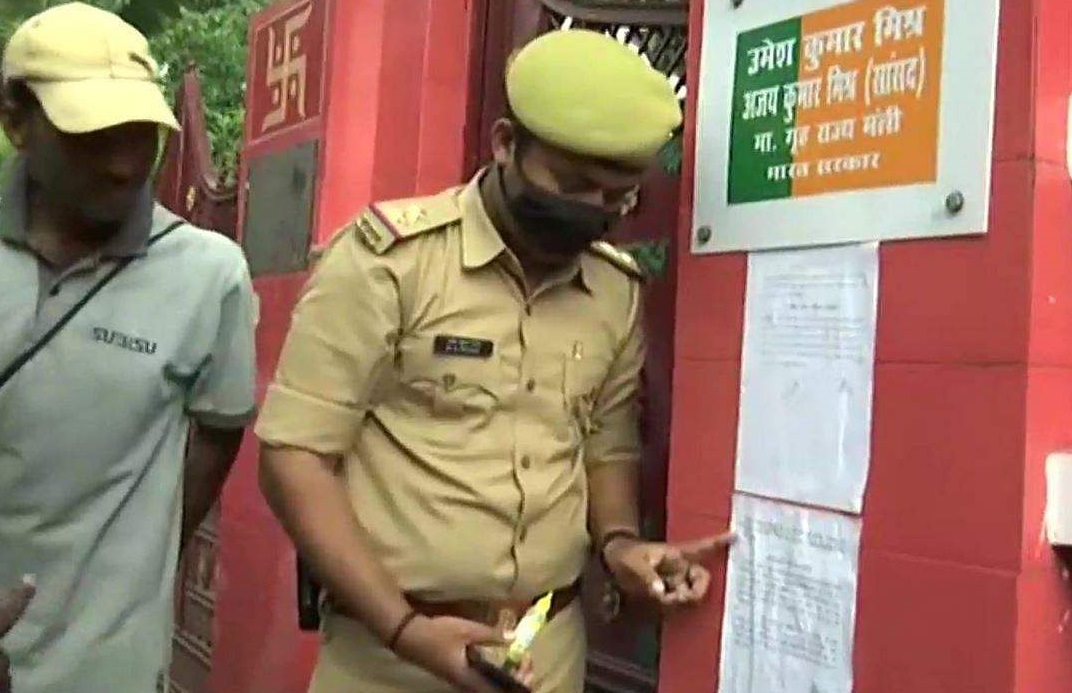 After Uttar Pradesh police posted another summon notice outside Union Minister of State, Ajay Mishra Teni’s house, he asserted that his son Ashish will appear before the police today. He didn't show up for the summons yesterday owing to health issues, said Mr Teni.

Minister’s son has been accused of ploughing an SUV over protesting farmers which resulted in the death of four. Despite several videos supporting the allegations, Mr Teni insists his son is innocent. On reports of Ashish absconding, the minister stated that his son is innocent and is at home.

“We have full confidence in the law. My son is innocent. On Thursday, he received a notice but he was unwell. As he is innocent, he will appear before the police tomorrow(Saturday) and give his statement and evidence,” said the minister on Friday.

As Ashish Mishra has been called by the police, security has been tightened in Police lines Lakhimpur Kheri.

The UP police have filed a murder charge against Ashish Mishra, but he has yet to be apprehended. Despite the fact that the Union Minister owns the SUV that ran over the farmers, he insists his son was not in it.

Farmers have named Ashish Mishra in an FIR and have demanded that he be held accountable. According to the FIR, he drove through a crowd of farmers shouting slogans during a peaceful black flag protest. The incident claimed the lives of eight people, including four farmers.

Two men, Luv Kush and Ashish Pandey are arrested so far. According to authorities, the two were in the same vehicle that ran over a journalist and farmers. They were found with two gun cartridges in their possession. The violence in Lakhimpur Kheri will be investigated by an eight-member UP Police team.

The Lakhimpur Kheri violence has triggered a political row in the state, just months ahead of Uttar Pradesh assembly elections in 2022. Opposition parties are putting a united show against the incident, demanding “justice, not compensation.”

UP CM Yogi Adityanath, on the other hand, stressed that his government will "not arrest anyone on the basis of allegations".

"They are no goodwill messengers," the Chief Minister stated of opposition politicians rushing to see the families bereaved by the incident.

Union Minister Anurag Thakur, echoing the Chief Minister, said it is sad that some are engaged in "political tourism" in Uttar Pradesh after the Lakhimpur Kheri incident. "Some people, I feel, do not trust the judicial process. Those who are visiting Uttar Pradesh for political reasons due to the Lakhimpur incident are unfortunate "Mr Thakur stated.

The Supreme Court on Friday said it is "not satisfied with the steps taken by the state" in the Lakhimpur Kheri violence case, and expected a responsible government, system and police.

According to the Supreme Court, it was a brutal murder of eight people and the law must take its course against all those involved.