In Points: SC’s ruling over “brutal murder” of eight in Lakhimpur Kheri violence 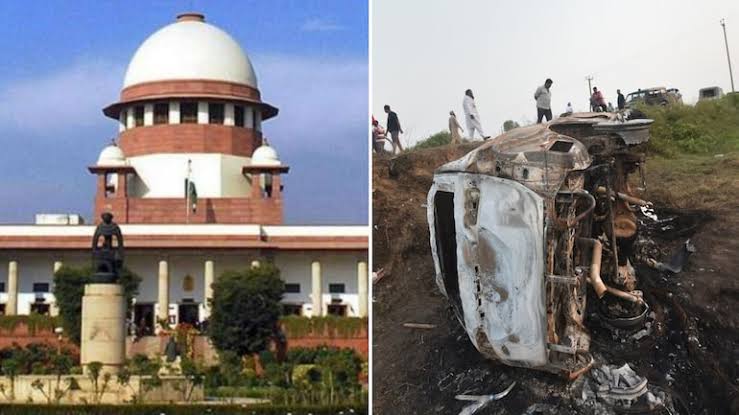 As many as eight people were killed on Sunday in Uttar Pradesh’s Lakhimpur Kheri during a protest staged by farmers. Reportedly, a vehicle intentionally ploughed over the protestors killing farmers and a journalist. After that violence broke out, vehicles were set ablaze and three to four people were brutally lynched.

The farm union leaders have asserted that Union minister of State Ajay Mishra Teni’s son, Ashish was driving the vehicle that crushed farmers. Several viral videos on the internet support the claim of farmers, creating a political upheaval in the state.

Oppositions have united and shown a strong face in criticism of ruling BJP and police’s inactivity. Minister’s son has been booked with charges of murder but remains at large.

Here’s what SC ruled over the Lakhimpur Kheri violence

The UP police had issued a notice to Ashish Mishra summoning him for questioning, which he did not show up to.

The bench said it may not be required to keep the SIT anymore, and emphasized that they should not destroy evidence or do anything negative. Salve submitted that given the evidence in hand, allegations under Section 302, may possibly be true.

Latest Update: Another notice has been posted outside the home of Union minister Ajay Kumar Mishra in Lakhimpur Kheri, asking that his son Ashish Mishra appear before the UP Police on October 9 at 11 a.m.