Mithali Raj popularly referred to as the run machine has scored her fifth consecutive fifty. 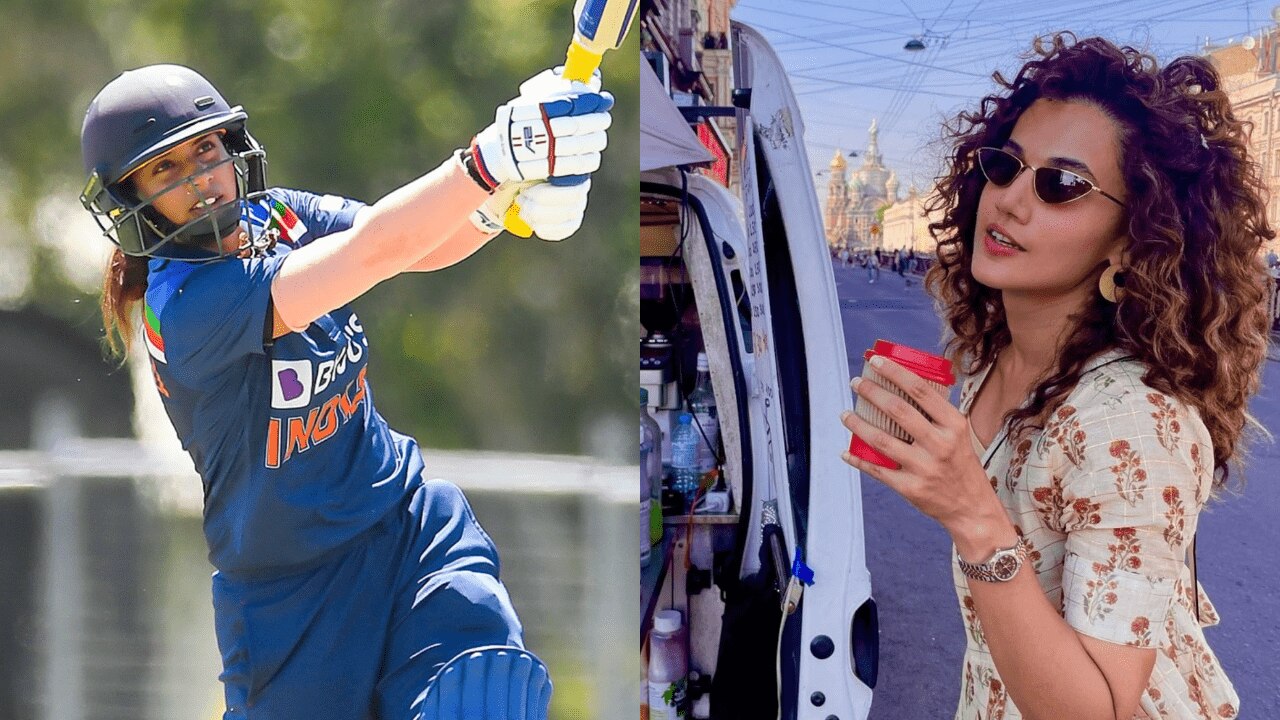 On Tuesday Mithali Raj completed 20,000 runs in her career of cricket and made everyone proud. The wonder run machine scored a total of 61 runs from 107 balls. Mithali Raj currently holds the title of the highest scorer in women’s international cricket.

On achieving the goal, Raj was congratulated by actor Taapsee Pannu. the actress took to her Twitter handle and called the cricketer “The run machine.”

Taapsee will be seen playing Mithali in her biopic named ‘Shabaash Mithu’ which will narrate the story of Mithali Raj, her life story and how she achieved her goals.

To become familiar with the character of Mithali Raj, Taapsee has been training under Mithali and her friend. This has helped the actor in understanding the true essence of Mithali’s gameplay and her character on and off-field.

This will help the actor to understand the depth of the cricketer and present the true version of her on the big screen. Earlier this month, Taapsee had tweeted on teachers day thanking her coach Nooshan for being good at what she does and paid her tribute through a tweet that said, “Behind every fearless player, there is a fearless coach! Thank you Nooshin for bringing out the best in me! Happy Teachers Day.”

Also read:  Highlights: 'You are sending us back to work’, says Trudeau in his victory speech

Mithali sure has brought revolutionary change to how Indians consume cricket. Today as the player has completed a big milestone in her career, people on Twitter are celebrating her success and congratulation her. The male-centred sport which is celebrated in India with zest and zeal is now inspiring more young women to be a part of it.