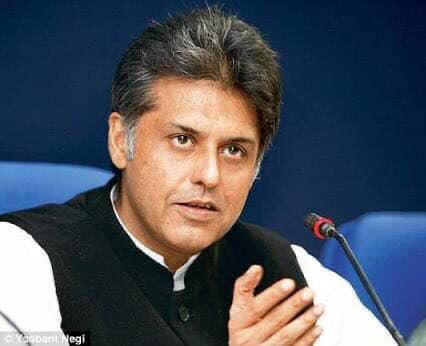 Ropar, 18 February: MP from Shri Anandpur city and former Union Minister Manish Tewari has expressed gratitude to the people of Lok Sabha constituency where they won the Congress party's spectacular victory during the civic elections. At the same time, he has described these results as the result of developmental policies of Punjab Chief Minister Captain Amarinder Singh.

In a statement issued here, MP Tewari said that during body elections, people have given a fatwa in favor of the Congress party where the development policies of the state government led by Chief Minister Captain Amarinder Singh have stamped. At the same time,   he gave a befitting reply to the political drama being carried out by the Shiromani Akali Dal and Aam Aadmi Party.

Also read: Gold lover? What to do now as a jewellery enthusiast, speculator, or investor?

Whereas the anti-farmer policies of the Bharatiya Janata Party have eroded its base in the state.

MP Tewari said that the big decision given by the people in favor of Congress during the semi-final body elections before the 2022 assembly elections , clearly indicated that the next government in Punjab will also be the Congress party under the leadership of Chief Minister Captain Amarinder Singh. .