The announcement comes 72 hours after Pakistan’s ISI Chief Lt Gen Faiz Hameed arrived in Kabul to meet the senior leadership of the Taliban, which was struggling to form a government 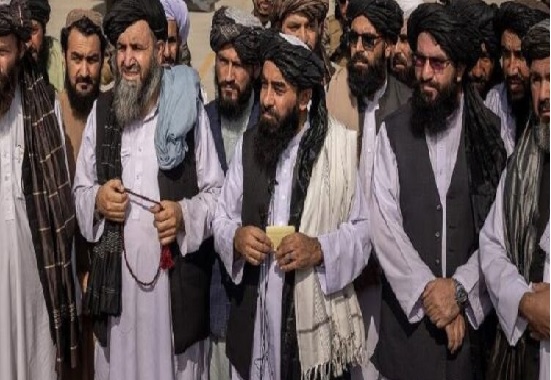 The Taliban on Monday officially announced names for key positions in the new caretaker government in Afghanistan and said Mullah Muhammad Hassan Akhund will be the leader of the council minister and militant group’s co-founder Abdul Ghani Baradar will be the deputy leader of the country.

The announcement comes 72 hours after Pakistan’s ISI Chief Lt Gen Faiz Hameed arrived in Kabul to meet the senior leadership of the Taliban, which was struggling to form a government in the war-ravaged country.

Addressing media in Kabul, Taliban’s chief spokesperson Zabihullah Mujahid said, “We have named ministers only for ministries that are needed right now. In due course, we will announce names for the other ministries. We have a clear view and policy.”

Here’s who got what:

• Mawlawi Muhammad Yaqoob Mujahid will be caretaker Minister of Defence.

• Alhaj Khalifa Sirajuddin Haqqani will be caretaker Minister of Interior of Afghanistan.

• Mullah Abdul Haq Waseeq will be the caretaker Head of NDS.

• Alhaj Mullah Fazel Akhund will be the Chief of Army staff.

• Mullah Taj Mir Jawad will be Deputy of the Intelligence Chief.

• Mawlawi Amir Khan Mutaqqi will be the Acting Foreign Minister.

• Sher Muhammad Abbas Stanekzai will be Deputy in Ministry of Foreign Affairs.

• Sheikh Mawlawi Noorullah Munir will be head of the Ministry of Education.

• Mullah Hedayatull Badri will be Acting Minister of Finance.

• Mullah Khairullah Khairkhah to be the head of the Ministry of Information and Culture.

• Mawlawi Abdul Hakim Shari to be head of the Ministry of Justice.

• Mullah Hamidullah Akhundzadeh will be Acting Minister of Aviation and Transport.

“We have right now come out of turmoil. The situation is not ideal for demonstrations. These demonstrations violate the security of the country. I urge protesters not to carry out demonstrations during these days,” Mujahid said during presser.

Also Read:- With Baradar out and unknown Mullah Hasan Akhund in, has Pak mounted a coup in Afghanistan?