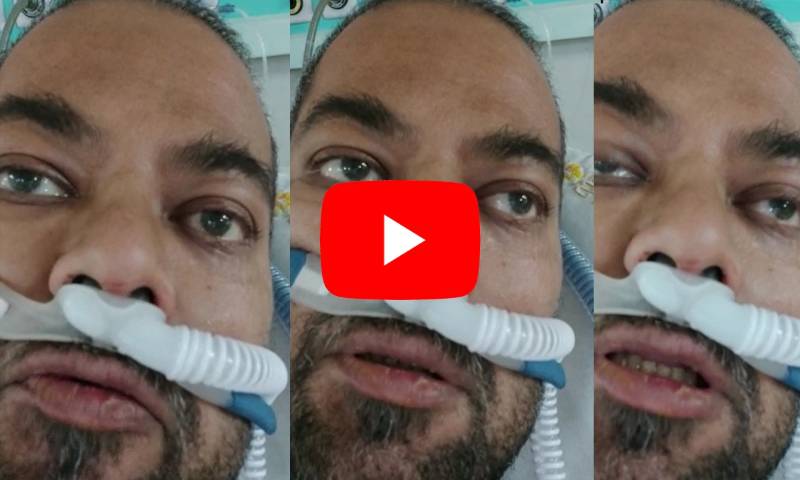 A heart-wrenching video of Ludhiana DSP Harjinder Singh has come into light in which he is begging to Punjab Chief Minister Capt Amarinder Singh to allocate funds for his treatment.

DSP Harjinder Singh, who had tested positive for Covid-19 on April 6th this year was admitted to SPS Hospital, Ludhiana for treatment. On 22 April, he had reported negative for the contagious infection, however, his lungs have been affected the most.

DSP has also written a letter to Punjab CM stating that he requires financial assistance to undergo a lung transplant. The letter read, “My doctors have said that I will have to go for the lungs transplant and they have told me to arrange funds for the same.”

The transplantation surgery would be done in a Chennai based hospital at the cost of Rs80 lakh.

In the video, DSP pleads to CM and says, “Kindly allocate the ex-gratia, which would be given to my family after my demise, so my life could be saved.”

“My children could be saved from being orphan, release the amount for my treatment,” DSP said in the video.

It is pertinent to mention here, DSP Harjinder Singh, Central Jail, Ludhiana has also written in his letter that Ludhiana Police Administration and hospital management is also extending support towards me in his tough times.