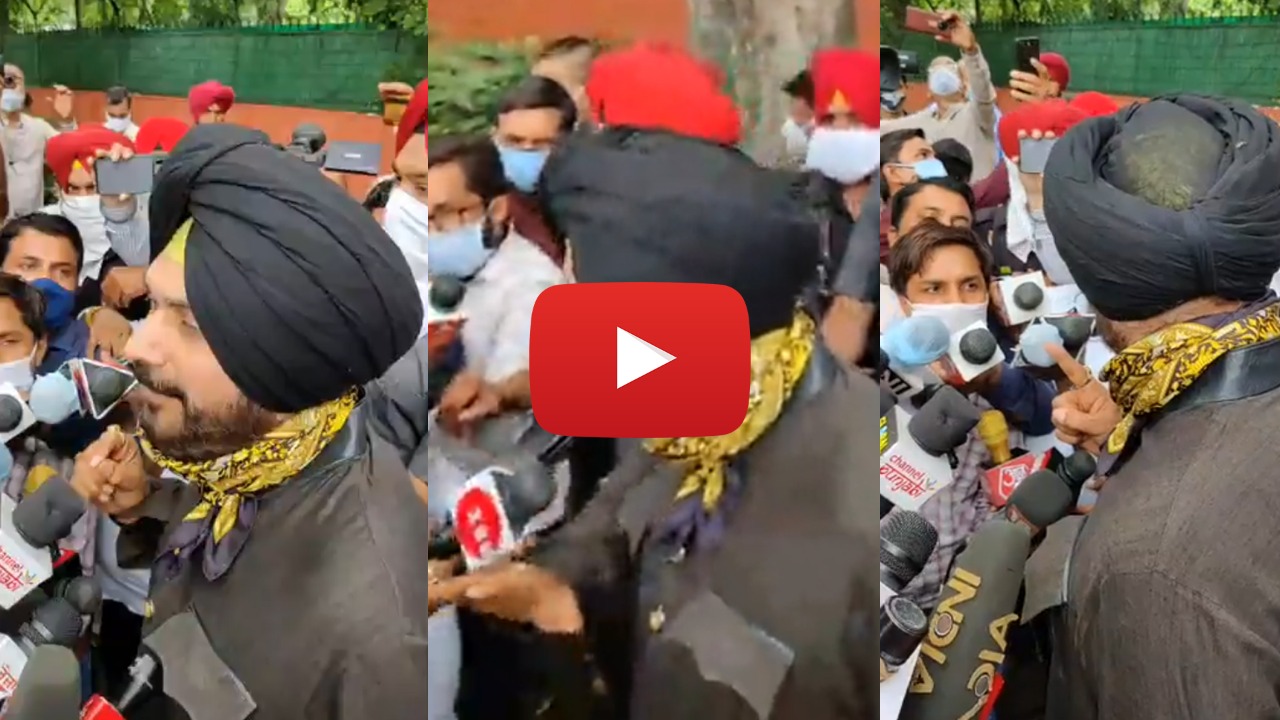 Navjot Sidhu in the recent past had repeatedly targeted Amarinder Singh over sacrilege issue, and alleged that the Congress CM is hand in gloves with the Badals i.e. Shiromani Akali Dal.

Sidhu after the meeting said, “My stand remains unchanged and I came here today to present the people's voices - from grassroots to the High Command. I believe the power of the people must return to them. I have clearly stated the truth” he added.

It is being learnt that meeting between Sidhu and Congress panel lasted for nearly two hours. After the meeting, Sidhu appeared upbeat and confident in front of the media for a byte and said, "Punjab, Punjabiyat and Punjabis will win. All anti-Punjab forces have to be defeated."

He further added that his top agenda is that the power of the people of Punjab - the taxes they pay -- should return to the people in whatever form possible.

Also Read: On the day of retirement, Chargesheet filed against Niranjan Singh in 2016 Diljit Dosanjh case

Sources said the committee will perform a balancing act between the two factions. Sidhu and one non Sikh leader may be appointed as Deputy Chief Ministers. The committee is expected to meet the chief minister later before submitting a report to the high command.

Most of the MLAs complained about arbitrary actions by the CM but the key concern was the government's inability to bring to book the culprits in the desecration of Guru Granth Sahib and police firing during peaceful protests in 2015, which was in the party election manifesto.