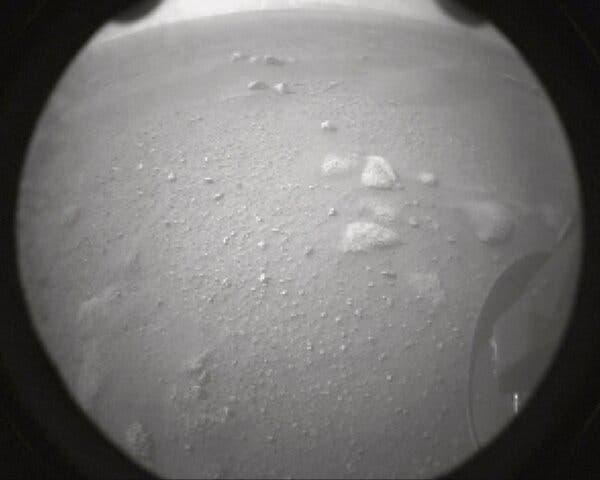 NASA on Thursday confirmed that the Mars 2020 satellite transmitting the Perseverance rover had successfully landed on the Red Planet - Mars the smallest planet in the solar system. The rover covered a 203-day journey crossing 293 miles (472 kilometres). Confirmation of the successful touchdown was announced in mission control at NASA’s Jet Propulsion Laboratory in Southern California at 3:55 p.m. EST (12:55 p.m. PST).

"We have confirmation of the entry interface," said operations lead Swati Mohan.

The dangerous autonomously controlled landing phase which lasts about seven minutes, and it takes more than 11 minutes for a radio signal to reach Earth, meaning that the rover is already on the surface. Although, it is yet known if it crashed or landed successfully. The vessel careened into the Martian atmosphere at 12,500 miles (20,000 kilometres) per hour, protected by its heat shield.

A supersonic parachute the size of a Little League field was then expected to deploy on the planet, before firing up an eight-engined jetpack to slow its descent even further and even before ultimately dropping the rover carefully to the ground on a set of cables.

The landing site covered 4.1 miles (7.7 kilometres by 6.6 kilometres), measuring 4.8 miles. places the rover at the site of an ancient river delta that could harbour signs of fossilized microbial life.

The Mars 2020 mission was prepared with groundbreaking technology and launched on July 30, 2020, from Cape Canaveral Space

Force Station in Florida. The Perseverance rover mission notes an ambitious first step in the effort to collect Mars samples and return them to Earth.

"The good news is the spacecraft, I think, is in great shape," said Matt Wallace, the mission's deputy project manager.

Here goes! Lighting the engines on my “jetpack” for final descent. Wheels down in less than a minute.#CountdownToMars pic.twitter.com/AQKPEBGr0o

NASA scientists will follow the progress of Perseverance's descent by listening for simple tones from the craft, and from data it relays to the Mars Reconnaissance Orbiter.

The crater is "absolutely treacherous for landing," Allen Chen, lead engineer for the landing stage said Thursday. "There's a cliff wall that's about 200 feet tall that runs right through the middle of the landing site.”

"There are craters full of sand that if we landed in them we would not be able to drive out of. And there are their rocks to the east, actually all over the place, rock fields -- that would be a bad day for us if we were to land on them."

Perseverance has new landing technologies up its cover to help it operate the landing with greater accuracy, including the "Terrain Relative Navigation" that uses a special camera to identify surface features and compare them to an onboard map. Statues are changing and there’s always a chance to get no signal back, but didn’t mean that the landing failed because the spacecraft is performing all its procedures by itself.

"Today proved once again that with the power of science and American ingenuity, nothing is beyond the realm of possibility," he tweeted.

The primary objective for Perseverance’s mission on Mars is astrobiology research which includes the search for signs of ancient microbial life.

The rover will identify the planet’s geology and past climate and be the first mission to collect and accumulate Martian rock and regolith, paving the way for human exploration of the Mars planet.