National Flitch Day 2021: Know how to celebrate this traditional day with fun!

Every year National Flitch Day is celebrated on July 19, 2021, in the United Kingdom. 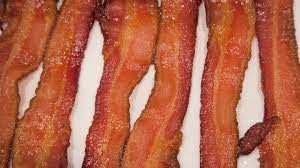 National Flitch Day is dedicated to an English custom that goes back to the thirteenth and fourteenth century, the custom is mentioned in Chaucer’s The Canterbury Tales, which was published in the late fourteenth century. The day is celebrated on 19th July, every year.

A flitch is a measurement for bacon, it is half or one side of the pig and is popular as a slab in the United States.

Also Read: Global Hug Your Kids Day: Here are top ten reasons to why you should hug your kids more often!

Why National Flitch Day is celebrated by Britishers?

In Little Dunmow, a married couple has to prove that neither of them has ever thought about/ wished that they hadn’t been married. The couple had to kneel down in the churchyard on two hard and pointed stones to prove that they are happy with each other and took oath in front of monks and the rest of the town. If it was believed that they haven’t regret marrying each other then they were given a flitch of bacon and were paraded around the town.

Couples hardly get flitch of the bacon. The custom lasted until the mid-eighteenth century.

‘The Flitch of Bacon,’ a novel published by William Harrison Ainsworth in 1854 became popular in Britain and revived the custom. The custom started being held in Great Dunmow, where the custom is celebrated once in four years – on the leap year. On this day committee of six bachelors and six maidens is made, this committee cross-examines that do couple regrets their wedding. The successful couples are paraded on the High Street and then get a flitch of bacon.

Interestingly, the jury tries to save the bacon for the day’s sponsors.

The practice was taken to the US by English but wasn’t adopted by the Americans.

How you can observe National Flitch Day?

The day is all about traditions and customs, but it can be celebrated with little fun.

1.) You can buy a piece of bacon and can give it to a married couple whom you believe is made for each other.

2.) It is a perfect day to buy a lot of bacon for yourself.

3.) If it is a leap year, you can attend the programs organized to celebrate the day pompously.