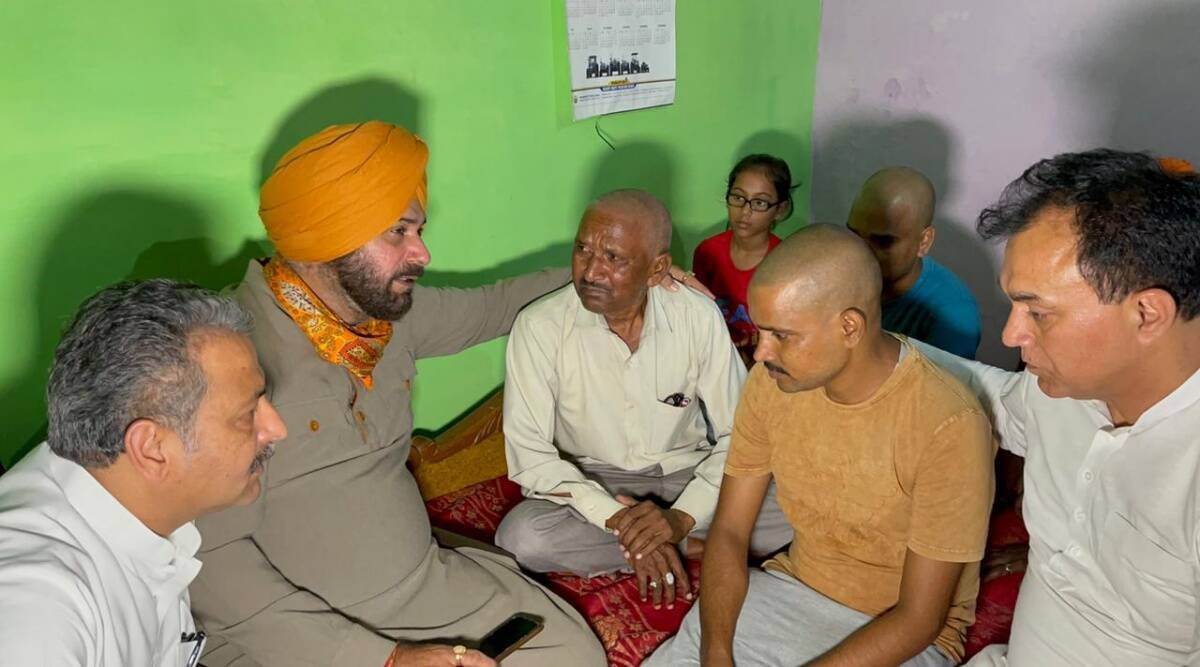 Where Harsimrat called for the removal of Union Minister of State for Home Ajay Mishra and the arrest of his son, Sidhu had pledged to fast unto death and remain silent until Ashish Mishra is apprehended.

Sidhu made the announcement while visiting the house of Raman Kashyap, a journalist who was among the eight people killed in the violence. Despite the fact that Kashyap's name does not show among those hit by the vehicle, the journalist's family claims that he was also killed by the car Ashish Mishra reportedly drove.

"Justice Delayed-Justice Denied," Sidhu captioned images of his visit with one of the families on Twitter.

Lovepreet Singh was one of four farmers slain in the Lakhimpur Kheri violence on Sunday, and Sidhu consoled his family. "What has happened is a barbaric crime," he later remarked. “Entire India is asking for justice. Loss of human lives can never be compensated.” He went on to say that Lovepreet Singh's father has voiced his desire for justice.

"There is evidence, video and witness narratives. However, because he (Ashish Kumar Mishra) is the son of a Union minister, no arrest is being made," the Congress leader claimed.

Minister’s son has been accused of ploughing an SUV over protesting farmers which resulted in the death of four. Despite several videos supporting the allegations, Mr Teni insists his son is innocent.

“We have full confidence in the law. My son is innocent. On Thursday, he received a notice but he was unwell. As he is innocent, he will appear before the police tomorrow(Saturday) and give his statement and evidence,” said the minister on Friday.

The UP police have filed a murder charge against Ashish Mishra, but he has yet to be apprehended. Despite the fact that the Union Minister owns the SUV that ran over the farmers, he insists his son was not in it.