Earlier, on Wednesday, in six tweets, Sidhu spoke about Punjab’s power demands, saying the need of the hour for the state is to have a 'Punjab model'. 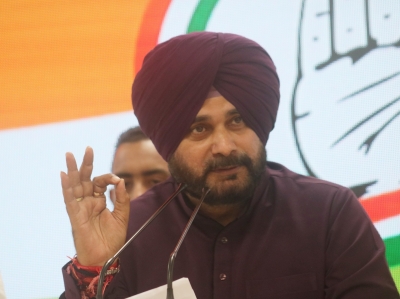 In yet another scathing attack on Delhi CM Arvind Kejriwal and Shiromani Akali Dal (SAD) in a series of tweets, Navjot Singh Sidhu said “Delhi Govt wants Punjab’s lifeline our Thermal Power Plants to shut down in middle of Punjab’s Power crisis”.

Earlier, on Wednesday, in six tweets, Sidhu spoke about Punjab’s power demands, saying the need of the hour for the state is to have a 'Punjab model'.

“Politics without work on policy is merely negative campaigning and politicians without a pro-people agenda are here just for business,” he said, adding that “politics without development has no meaning” for him.

Meanwhile, the tussle in the Punjab Congress seems to be coming to an end as Sidhu has weakened his attacks over his own party and Punjab CM while he has been targeting Congress oppositions AAP and SAD over power crisis.

Besides, the sources have further suggested, as the ball is in Congress chief's court, Sidhu could be accommodated as PPCC Chief. Additionally, the High Command has already cleared that the upcoming assembly elections in the state will be contested under the patronage of Capt Amarinder Singh as majority of the Congress leaders including MPs and MLAs of the state unit are in his favor and believes in his governance.

Thus by the end of this week, significant announcements can be made by Punjab CM beginning from the implementation of the 18 points peace broker formula to the Cabinet rejig.