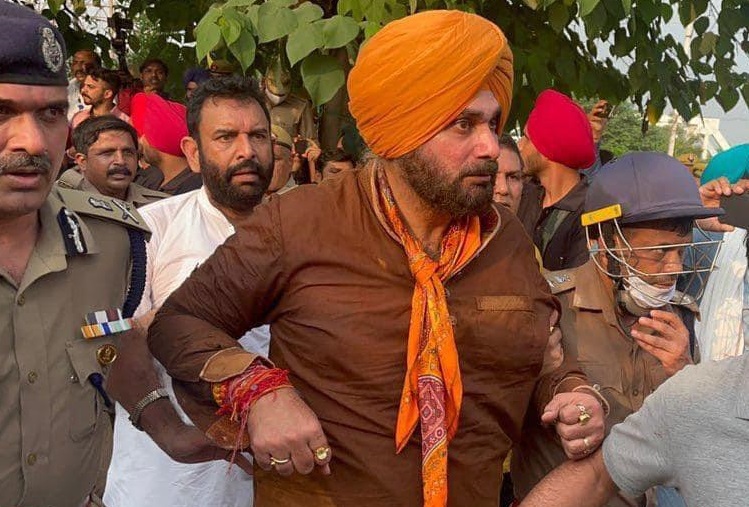 Punjab Congress chief Navjot Singh Sidhu will reach Lakhimpur Kheri today, where over nine people including four farmers, were killed in the violence. The convoy led by Sidhu was stopped at Saharanpur and he was detained by police on Thursday.

Uttar Pradesh police, late night allowed the cricketer turned politician to move towards the violence hit area with his convoy of ministers and MLAs. Reportedly, the Punjab convoy had to halt their convoy at night in Uttarkhand’s Bazpur area, which is over 250 km away from Lakhimpur.

Sidhu and other opposition leaders have been demanding the arrest of Union Minister Ajay Kumar Mishra's son Ashish Mishra in connection with the death of farmers during the violence.

The PPCC chief, Sidhu threatened to go on hunger strike if action is not taken against the minister's son by Friday.

The Lakhimpur Kheri violence has triggered a political row in state, just months ahead of Uttar Pradesh assembly elections in 2022. Punjab Congress, meanwhile, gave break to infighting and is putting a united show against the incident, demanding “justice, not compensation.”

Also Read: Lakhimpur like the incident in Haryana' Naraingarh at BJP event; farmers hit and 1 injured

Chief Minister Charanjit Singh Channi also joined Sidhu for a brief period when the vehicular march started in the morning from Mohali.

UP police, on the other hand, has made its first arrest in the case. Two people identified as Luvkush Rana and Ashish Pandey are arrested. They are said to be close aides of Ajay Misra’s son. Police are carrying out more raids, claimed officials.

Police have sent a summon to Ashish Mishra, son of MoS Home Ajay Mishra in connection with the Lakhimpur Kheri violence case.