Harish Rawat once again reiterated that Capt would abide by Sonia Gandhi’s decision, whatever it might be. 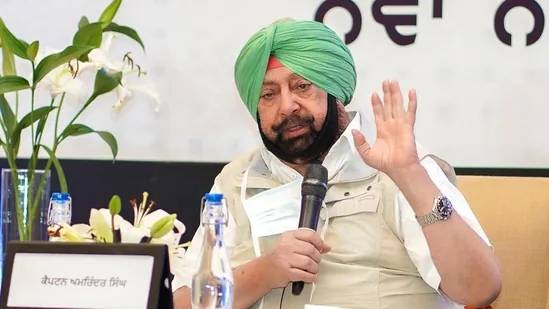 These conditions, however, include that Navjot Sidhu will have to issue a public apology to Capt Amarinder for making derogatory remarks as well as Punjab CM has made it clear that his ‘position’ should in no way be undermined in the party affairs.

Even Capt took arms against Navjot Sidhu for quite many times over his ‘liberal’ working style, the former in his meeting with Congress general secretary and in-charge Punjab political affairs, Harish Rawat once again reiterated that Capt would abide by Sonia Gandhi’s decision, whatever it might be.

However, Punjab CM’s dynamic transformation in his perspective has put political lobbyists in a state of worry as it could prove as a deficit for the Congress High Command. According to the sources, some speculations are being made however, it is still time to wait and watch the old guard’s next move.

Here are the five significant possibilities that could shatter Punjab Congress with Capt’s next move:

1.   As Capt Amarinder Singh shares a cordial relation with PM Narendra Modi, the former could utilize this friendship to get the farmers’ protest over the contentiously passed three farm laws sorted. Notably, BJP’s future in Punjab Assembly Elections is bleak as the govt is adamant to repeal the farm laws and this has also affected the party’s relationship with the age-old ally SAD ahead of 2022 Assembly Elections.

In order to sustain in Punjab, BJP is keenly looking for a strong candidate to be the face of the party. Amidst this, Capt can be a strong leader for the BJP. It is to be reiterated here, prior to the 2017 Assembly Elections, Capt Amarinder Singh had said he deliberated to join BJP, though later there were no talks on it.

If Capt Amarinder Singh manages to bring PM Modi on reconciliation over the farmers’ demands and can legally assure the Minimum Support Price (MSP) for the farmers’ then it could be favorable for both Capt and BJP for future logistics.  Notably, Punjab CM once again on July 16 had asked PM Modi to reinitiate meetings to end the deadlock with protesting farmers.

2.   It is being anticipated by the political lobbyists that Capt Amarinder Singh would wait for Navjot Sidhu’s true colors to be exposed to the public. The current the longstanding feud between Capt- Sidhu has created a wedge among the leaders and they both have their own supportive camps.

Although Sidhu has tried his hands to get all the party leaders along with him after Harish Rawat gave him clear signs to crown him as PPCC Chief, it will be evident to see how far will Sidhu be able to work collectively?

Taking cognizance of Sidhu’s working style which is ‘liberal’ it seems hard that he will manage to bring all leaders on board with him. Thus, Capt will wait for the time, expectedly as early by the next year, when Sidhu’s inefficiency to lead party unit will be exposed. This, according to sources, will once again insist the High Command choose the old guard as the party chief.

Pertinently, in today’s meeting, Harish Rawat has assured Capt Amarinder Singh that Sidhu will not intervene in Cabinet or govt’s working and will only look at the after organizational structure. If Sidhu interferes with the govt’s functioning, Capt will grab an opportunity to take him down from the position.

3.   At the time of Assembly Elections 2002 and 2007, Capt Amarinder had received a significant support from the rural areas of the state. Then, Capt used to take digs at the SAD govt as Navjot Sidhu now does. His speeches were full of aggression, which reflected his diligent working style.

Capt’s former avatar still persists in the memories of Punjabis and now it is being said Capt’s behavior has changed. During his current term, Congress leaders have reportedly alleged that Capt has now developed a soft corner for the Badal family. He has even been accused of not keeping up with party leaders and ministers, thus, shows that Capt has failed to bring contentment within Punjab Congress.

4.   According to the political lobbyists, after being appointed as state unit President Sidhu could land himself in his own trap. Despite being out of the political affairs, the would-be PPCC Chief has left no stone unturned to raise his voice over the unfulfilled promises made by the Capt govt to win 2017 elections which include bringing justice in Bargari Desecration Case, Drugs, Sand and Transport mafia. Now, it will be evident to see when Sidhu will come to power will he raise the same issues with equal fervor or not.

If Sidhu would subdue these issues, it will make his image taint among the leaders as well as the Punjabis and also will bring a clash between the government and the organizational structure. Moreover, Capt Amarinder will get a chance to raise his voice against Sidhu in front of the high command.

There are chances that Sidhu might hear from the public that he made use of these issues for coronation only.

5.   Apparently, even if Sidhu becomes the party president, the discord will not end as it would bring up certain other factors of discontentment. Viewing the election, the imminent is the election contesting ticket distribution which is likely to create a state of disequilibrium between the govt and the organizational structure’s representatives. As Navjot Sidhu has formed a rebellious group with over 6 ministers and some leaders ahead of Assembly Elections, Capt Amarinder Singh is afraid that it could harm the interest of his aides when election tickets will be distributed.