During the interrogation of Achit Kumar, who was detained earlier this week for narcotics possession, the name of filmmaker Imtiaz Khatri came up. 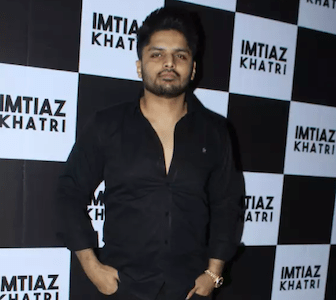 The Narcotics Control Bureau (NCB) raided Imtiaz Khatri's residence and office in Bandra, Mumbai, in connection with the drugs-on-cruise case, in which Bollywood actor Shah Rukh Khan's son, Aryan, is one of the accused.
Mr Khatri's name was mentioned during the questioning of Achit Kumar, who was detained earlier this week in Powai after a minor quantity of "hydroponic marijuana alias multi-strain cannabis" was discovered from him.
Also Read: Aryan Khan’s Bail Plea rejected, SRK’s son, 7 others sent to judicial custody for 2 weeks
Imtiaz Khatri is a Mumbai-based builder's son.
Khatri is said to have contacts to a number of Bollywood celebrities, and Shruti Modi's lawyer has already accused him of supplying drugs in the case of Sushant Singh Rajput.
Also Read: Hrithik Roshan pens an open letter supporting Aryan Khan-‘God gives toughest ones the toughest balls to play’
When the CBI's Special Investigation Team questioned Sushant Singh Rajput's ex-manager Shruti Modi, Modi's lawyer revealed some stunning disclosures regarding the involvement of a prominent Mumbai-based builder's son, who reportedly provided narcotics to Rajput.
In an interview with a leading daily, Shruti Modi's lawyer, Ashok Saraogi, said that Imtiaz Khatri supplies narcotics to Bollywood celebrities and has a lot of power in the ministries. Khatri is from a politically connected 'controversial' family, according to him, and was engaged in the Maharashtra irrigation scam. The lawyer further claimed that the supply occurs with the police's knowledge and that it is a "pretty common thing in the film industry."
"All these drugs are given by the greatest guy in the trade- Imtiaz Khatri,"
Saraogi
said of Imtiaz Khatri.He is a powerful figure who wields power not just in Bollywood but also in the ministries
of the Nationalist Congress Party (NCP). "So, Imtiaz Khatri has a long history of drug dealing in the film industry. "I meet so many people who work in Bollywood and often take drugs as a habit," he said.
Imtiaz Khatri, the owner of INK Infrastructure, is a builder by profession according to various media sources. He also owns VVIP Universal Entertainment Company and is a producer. Hrudayantar, a 2017 Marathi-language drama film directed by Vikram Phadnis, was financed by him. Khatri's rumoured connection with Bollywood actress Sushmita Sen has made headlines. He is frequently seen at star-studded gatherings with Bollywood superstars such like Manish Malhotra, actor Sooraj Pancholi, Guru Randhawa and others.

The agency discovered 13 grammes of cocaine, 21 grammes of charas, 22 tablets of MDMA, 5 grams of MD, and $1.33 lakh in cash during the cruise raid.

The total number of people detained in this case has now risen to 18.