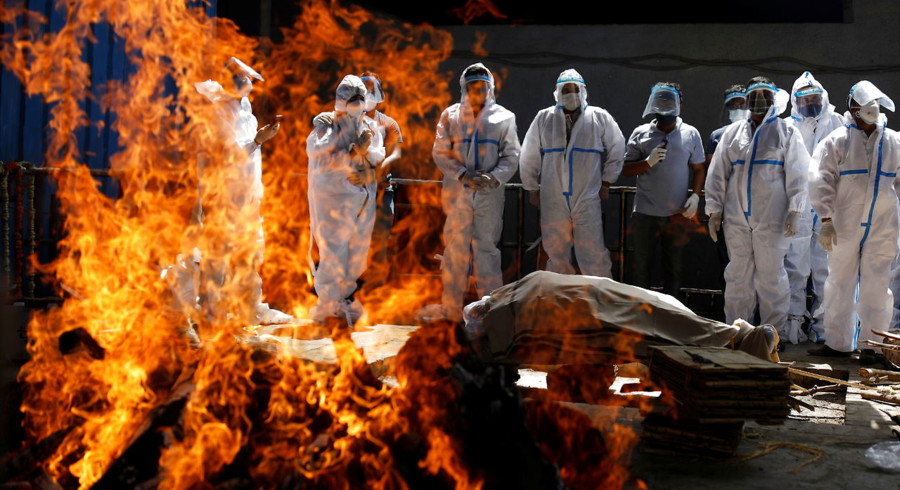 People on the internet are frustrated and filled with rage following the critical condition in the nation due to the Covid19 crisis. The country is daily reporting more than three lakh cases and is witnessing thousands of deaths in a single day.

Netizens are continuously criticizing Prime Minister Modi and his government for the failure in the battle against the pandemic. Taking the chance, opposition party Congress is attacking the Central government for its wrong or delayed decisions.

Recently, Prime Minister Narendra Modi has sanctioned the procurement of 1 lakh portable oxygen concentrators from the PM Cares Fund. Along with this, 500 new PSA oxygen plants have also been sanctioned to improve access to oxygen. On this Congress satirically commented, “Thank you, Modi Ji, for allocating to Covid relief, the very funds donated for Covid relief. Masterstroke.”

The Indian government is being highly criticized as the number of fresh covid cases is increasing rapidly. The death tally of the country is spiralling up as patients are not provided with medical facilities. The health system of the country has collapsed due to a lack of oxygen supply, hospital beds, and ventilators.

Also Read: Same price for Covid vaccine all over India? Not yet

“#Modi has turned India into a Gas Chamber. Citizens are suffocated and dying due to lack of Oxygen. While India is gasping for breaths, Modi and friends are to be found nowhere. #IndiaChoked due to an irresponsible PM,” said Twitter user.

Amid Covid worsening and Farmer’s Protest, people are taunting the government for spending money for making new buildings, campaigning for elections, and asking social media platforms to block some of the posts saying they can incite panic.

Criticizing the Modi government, one of the users wrote, “It actually took 6 years to get suffocated but in the 7th year #IndiaChoked.” Meanwhile, some media houses are also criticized by people as another user said, “#IndiaChoked by #GodiMedia, they are equally responsible for today’s mess.”