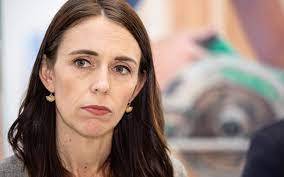 New Zealand has temporarily suspended the entry of travellers from India amid the recent surge in Covid-19 infections cases, including its citizens.  The temporary suspension will be enforced from April 11 onwards said, government officials.

During a briefing in Auckland earlier today, Jacinda Ardern, the Prime Minister of New Zealand made the announcement.

The suspension will be in force from 4 pm on April 11 till April 28, PM Jacinda Ardern said, adding "I want to emphasize that while arrivals of Covid from India has prompted this measure, we are looking at how we manage high-risk points of departure generally. This is not a country-specific risk assessment.”

This travel ban will also apply to all citizens and residents of New Zealand.

The country is evaluating its border settings as more people with infections arrived in New Zealand recently, the majority being from India. While the decision has been taken after the border worker tested covid positive.

New Zealand's Director-General of Health Ashley Bloomfield said that 17 of 23 new confirmed Covid-19 patients in the country had arrived from India.

When asked about the ban on Indian travellers, Prime Minister Jacinda Ardern said the halt is short because her government is obligated "to allow citizens to return to New Zealand.”

Not ruling out the continuation of this travel ban, the New Zealand PM stated that she understands the difficulty this temporary suspension will cause. "I feel a sense of responsibility and obligation to find ways to reduce risk that travellers are experiencing," she added.

She further added that the suspension will give authorities time to figure out issues with pre-departure tests and during this time the government will look at risk management measures to resume travel.

Also Read: Know the startling connection between English and alcohol

PM Ardern said New Zealand is not considering a travel ban on other countries. Earlier this week, New Zealand put in place a quarantine-free travel bubble with Australia effective from April 19.

New Zealand has virtually eliminated the virus within its borders and has not reported any community transmission locally for about 40 days.