‘National Diabetes Month’: Nick Jonas was devastated when he knew about Type 1 diabetes at 13

In 'honour of National Diabetes Month,' Nick made this major announcement, as well as stating that he was devastated when he learned of it. 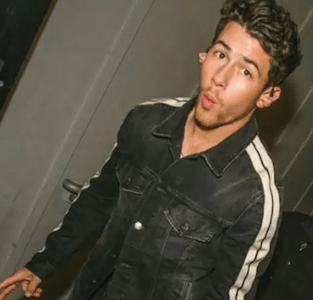 He also shared his experiences with the sickness, as it was the 16th anniversary of his diagnosis.

Nick Jonas took to his Instagram and wrote,  “In honor of National Diabetes Month, I’ve been recognizing #SeeDiabetes heroes on my story every day.
He further wrote, "Today resonates with me personally because it’s the 16th anniversary of my diagnosis. I was thirteen, playing shows with my brothers.. And I knew in my gut that something wasn’t right, so I went to my parents and told them I needed to see the doctor. After going over my symptoms, my pediatrician informed me that I had Type 1 diabetes. All the symptoms were in line with an undiagnosed Type 1. I was devastated – frightened… Did this mean my dream of touring the world and playing our music had to end? But I was committed, just like I always have been, to not letting it slow me down. There are tough days but I have an incredible support system I can rely on to help me push through and not be hard on myself when I’m feeling low."
"I’m also thankful to have the technology from @dexcom to know where my glucose numbers are headed in real-time. That added peace of mind really means a lot, and I’m spending more time in range than ever. Learn more about my diagnosis and journey as a Type 1 over at @beyondtype1..” Nick Jonas concluded.
While his post drew a lot of attention from his fans and friends. His wife, Priyanka Chopra, was the one who made the headlines with her remark. She responded with emojis of a heart and clapping hands.
For the uninitiated, Nick married Priyanka Chopra in December 2018. The wedding festivities took place at Jodhpur's Umaid Bhawan Palace.
In the meantime, Priyanka is filming her thriller web series 'Citadel,' which is being produced by the Russo Brothers.