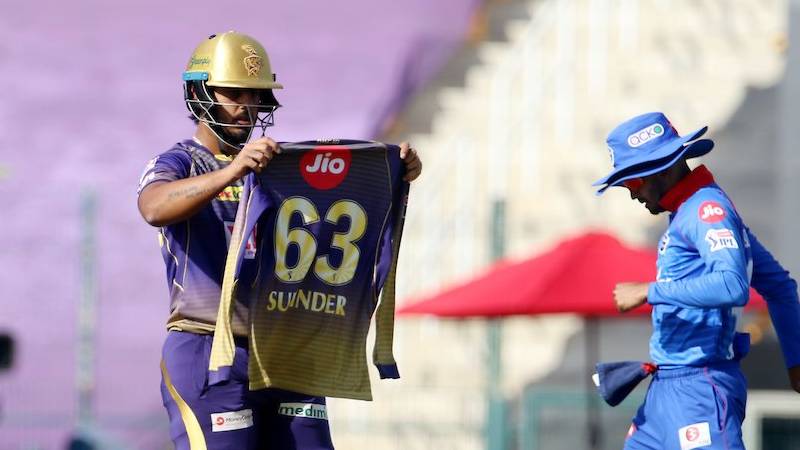 Left-hander Rana, 26, then held up a KKR jersey with the name 'Surinder' and the number 63 emblazoned on its back. "A heart-warming tribute from @NitishRana_27 to his father-in-law, who passed away yesterday. Surinder Marwah. Rest in peace sir," said KKR in a tweet shortly after.

Also Read: Why SRH have struggled for consistency this season

KKR were left reeling at 42/3 wickets in the eighth over by DC fast bowlers Kagiso Rabada and Anrich Nortje. Sunil Narine, playing his first match since he was pulled up for suspect bowling action, was sent in ahead of captain Eoin Morgan. Narine rediscovered his batting form and ended up putting up 115 runs for the fourth wicket with Rana.