On Thursday, Chief Election Commissioner Sushil Chandra said that EC will conduct upcoming elections as per the schedule, yet the voting time has been increased. 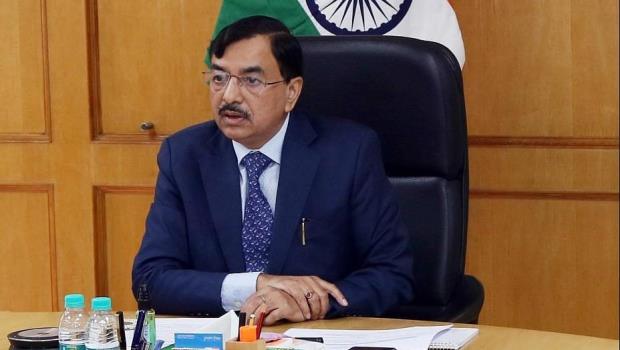 On Thursday (December 30), while addressing a press conference in Lucknow, Chief Election Commissioner Sushil Chandra said that the upcoming assembly elections will be conducted as per the schedule. “Representatives of all political parties met us and told us that elections should be conducted on time following all Covid-19 protocols,” he said.
The vital CEC media conference came a day after a delegation from the Election Commission met with district and division level officials in Uttar Pradesh to discuss preparations for the state assembly elections next year.
Also Read: Punjab Elections: Congress to shun over dozen MLAs, 50 poll candidates finalised
CEC Sushil Chandra has made many important announcements, scroll down to understand the decision of the chief election commission in detail:
1.) CEC said that elderly people and people with disabilities will be able to vote from home. “People over the age of 80, those with disabilities, and those affected by Covid will be able to vote from home,” Chandra added.
2.) To follow the Covid-related protocols, the election commission has increased the voting time by one hour. For this year, the voting timing will be between 8 am to 6 pm, instead of 8 am to 5 pm.
3.) CEC further said that some of the political parties have appealed to decrease the number of rallies, in order to follow Covid protocols.
4.) CEC also raised the question of the decreasing voting percentage. “Sixty-one percent voter turnout was recorded in 2017 UP assembly elections. In 2019 Lok Sabha elections, voter turnout in UP was 59%. It a matter of worry why the voting percentage is less in the state where there is high political awareness among people,” he said.
Also Read: ‘Shooter’ movie based on Gangster Sukha Kahlwan to finally release after two years of ban
5.) Mr Chandra added that the election commission will release the final voting list on January 5, 2022.
6.) CEC also disclosed that the EC will ensure transparency in the assembly elections and for the same it will install VVPATs at all voting booths and the voting process will be live telecasted from nearly one lakh booths. “VVPATs will be installed at all voting booths. Live webcasting facilities will be available at around 1 lakh voting booths to ensure transparency in the election process,” said Chandra.
7.) The Assembly term in Uttar Pradesh will end in May next year while in Punjab, Gujarat, Manipur and Uttarakhand will end in March.
8.) The Election Commission will also set up 10 model booths in every Assembly segment this time.
9.) CEC has also highlighted that special agencies will be hired to keep an eye to ensure no distribution of freebies during elections. “We have also asked other agencies to ensure that there is no distribution of money and liquor or any other freebie during elections,” he said.
10.) As per the sources, these points will be applicable in all the election conducting states, including, Punjab, Goa, Uttarakhand, HP, and Uttar Pradesh.