No Time To Die made a confirmed $6.6 million in Bond's home market of the United Kingdom on Thursday, accounting for 94 percent of total box office there. 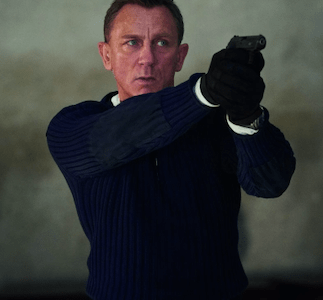 The worldwide box office for MGM/Eon/Universal's James Bond film No Time To Die has totalled $22 million after two days of early distribution on Wednesday and Thursday. This includes $20 million invested only yesterday in the United Kingdom, Brazil, Germany, Italy, and the Netherlands. According to the numbers, 007 is on track to beat pre-weekend estimates of $90 million through Sunday.

To refresh your memory, Spectre grossed $123.5 million in like-for-like markets at today's exchange rates, Skyfall grossed $109.2 million in 2012, while Universal's newest Fast & Furious franchise entry F9 grossed $69.5 million.
Also Read: Guns, Girls, Booze - Part II: The other 'spirited' diversions of James Bond
No Time To Die will surpass the latter, and if it comes near to any of the past two Bond films, it will be a testament to the film, its collaborators, and the theatre industry. Many feel that despite all of the stops and starts, the next instalment in this decades-old franchise will be the one to lure people back into theatres in the epidemic era. On Rotten Tomatoes, NTTD still has an 83 percent Fresh rating. It will be released on October 8 in the United States.
Also Read: My Universe MV: BTS X Coldplay releases epic music video, Army compares with Galaxy & Star Wars
No Time To Die made a confirmed $6.6 million in Bond's home market of the United Kingdom on Thursday, accounting for 94 percent of total box office there. This is the Bond franchise's third-highest opening day, 14 percent higher than Spectre (which debuted on Monday) and just 30% lower than Skyfall (Friday opening). The Cary Joji Fukunaga-directed sequel currently has the biggest single-day gross in September, the highest single-day gross of the epidemic, and the highest single-day gross since Star Wars: The Rise Of Skywalker debuted during the holiday season of December 2019.
The Daniel Craig-starrer had the largest theatrical release of all time in the UK and Ireland, as mentioned in yesterday's update below. It'll be shown in 772 theatres on 3,600 screens this weekend, with 9,000 daily showings. Following its global debut in London on Tuesday, the film has continued to make headlines in the United Kingdom. From buses to billboards to stores, Bond may be seen almost everywhere (ie, Orlebar Brown is touting a line of square-cut 007 swim shorts). I was passing through Heathrow airport this afternoon when I noticed a programme on one of the main news networks on the secret lives of covert spies, which included video from No Time To Die, of course.
Early Japanese box office figures show a $1.7 million Friday opening day, the most Friday opening day in the Bond series and the second-largest MPA opening day of the epidemic. All of the main exhibitors are now fully booked, with no limits on show times.
Looking back at the other early openings from Wednesday and Thursday, Germany earned $2.8 million from almost 1,300 screens on Thursday, accounting for 84 percent of the entire market and more than 10 times the second-placed Dune (which is in its third frame). This is the pandemic's largest opening day, outperforming Fast 9 by more than a factor of two, and the second-highest September debut ever, trailing only local production Fack Ju Goehte 2.
Korea grossed a total of $1.3 million over the course of Wednesday and Thursday, with afternoon showings on Wednesday establishing the record for the largest Culture Day opening for a Hollywood picture in 2021. (the last Wednesday of the month).
Denmark raked in $1 million on opening day, accounting for more than 85% of the market's entire box office; Sweden took in $990,000.
The Middle East premiered NTTD on 985 screens, making it the region's biggest release of the year. Through Thursday, the region's total had reached $1.7 million.
On Thursday, the Netherlands earned $681K, accounting for 75% of the market and more than ten times the second-placed Dune (third weekend).
Switzerland, on the other hand, made $615K on Thursday (the biggest first day of the epidemic and the greatest first day of September in ever).
Mexico debuted to $588K on Wednesday and Thursday, up 37% from Skyfall's Thursday debut.
On Thursday, Hong Kong earned $544K, accounting for 77 percent of the market.
Austria had a terrific first day, capturing 79 percent of the market over 326 displays, the most screens ever released in digital times.
India opened at $381K, the highest level since the pandemic's second wave.
On Thursday, Belgium opened to $325K, the greatest September debut day ever.
On Thursday, Brazil opened with $207K, down 22% from Spectre and accounting for 73% of the overall market.
No Time to Die has 15 more foreign markets to conquer, including France (October 6), Russia (October 7), China (October 29), and Australia (Nov 11).
In Korea, Thursday brought in another $590K, bringing the total to $1.35 million and more over 60% of the market.
Mexico's first preview day was the most successful, bringing in $300,000 from 2,625 screens.
True Scoop will keep providing you updations on No Time To Die's international release.