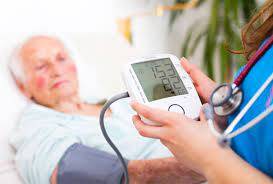 The second wave of coronavirus in India has surpassed last year’s record. On April 6, the surge in fresh coronavirus infections in India remained above 90,000 for the third consecutive day. Around 96,900 cases have been reported in the last 24-hours with 446 fatalities on Tuesday, April 6.

However, there are still many diseases other than Covid19 which highly contribute to the mortality rate in the nation. In fact, these diseases are the cause of more deaths than coronavirus in India. Here are some shocking figures that will surely make one’s jaw drop.

Havoc of Non-communicable disease in India:

The contagious coronavirus infection has led to the global pandemic and almost every country is suffering. It is communicable and can be easily transmitted which makes it more dangerous to tackle. But there are still some non-communicable diseases that largely contribute to death rates, such as Diabetes and hypertension. According to available data, two out of every three deaths in the country are due to a disease that is not contagious. At least 10% of the population of 16 states and UTs is inflicted with these deadly but non-communicable diseases.

About two-thirds of deaths are due to non-communicable disease:

According to a report by Thought Arbitrage Research Institute, one out of every 10 people suffers from some fatal non-communicable disease. The data collected from 21 states showed bad lifestyles and polluted environments to be the main reasons for the same. In some states, the statistics even showed every fourth person i.e. 25% of the population suffering from such deadly NCDs. Out of these 21 states, Odisha has been on top of the list with 27.2% sick population, followed by Tripura with 26.3% and Assam with 22,3%.

Most lethal non-infectious disease in the country:

The major non-communicable diseases in India are Hypertension, diseases concerned with the digestive system, and diabetes. Odisha tops the list with a high number of digestive tract diseases, along with being one of the top three states in terms of hypertension. The ratio of hypertension and diabetes patients in Puducherry is higher than in other states and UTs.

Age group that suffers most from NCDs:

The risk of people aged 25 to 35 years suffering from diabetes or hypertension has quadrupled and tripled in the age group of 35 to 45 years.  The risk of heart disease, cancer, serious diseases related to the respiratory system has doubled, in which air pollution plays a critical role. Bad air has been the reason for about 76% of Non-communicable diseases. Whereas lack of adequate physical activities contributes to 66.5 % of NCDs, and 55% of diseases are due to poor diet, and 44% due to excessive stress.

One in every 28 Indians suffer from hypertension:

Thirty years ago, the most common diseases in India were infectious and about half of the deaths were due to the same infectious diseases.  Now, non-communicable diseases such as hypertension and diabetes, and digestive tract disease are the three most deadly diseases that are causing millions of deaths. India is currently experiencing 3.6% of deaths from stress, 3.2 per cent from digestive diseases, 2.9% from diabetes, 1.8% from respiratory diseases, and 1.3% from neurological diseases.

Cities are at more risk:

Rural India is affected as well:

Cities are said to be at more risk however, villages are also not left out in terms of non-communicable diseases. Although the lifestyle in villages is better; air and water quality is also better in villages than in cities, yet a considerable amount of the rural population suffer from NCDs. 3.4% of the rural population suffers from diseases related to the digestive system. 1.4 % of rural people suffer from neurological diseases; 3.4 % from hypertension; and 4% from respiratory diseases.

Get the latest update about True Scoop News, check out more about Gastrointestinal Diseases In Women, Coronavirus Second Wave, Mortality Rate In India &