On October 15, Jacqueline Fernandez has been summoned to appear before the investigative agency but she did not appear. 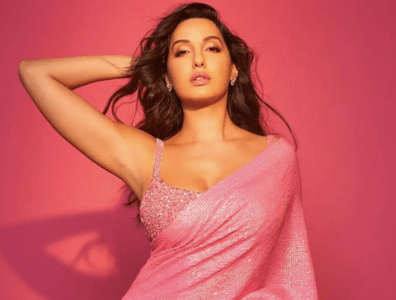 The Enforcement Directorate has summoned actress Nora Fatehi again after recording her statement in a money laundering case. She is expected to be to the ED office today for further questioning.

Also Read: Aryan Khan WhatsApp Chats Reveal His Illegal Procurement and Consumption of Hard Drugs: NCB in Court
According to a leading daily,  the ED is investigating a number of persons who are either directly or indirectly linked to the case. In addition to Nora, the FBI has called Jacqueline Fernandez to appear in the same case. The ED had already questioned her.
Also Read: Jacqueline Fernandez Did Not Appear For ED Inquiry In 200 Crore Cheating Case 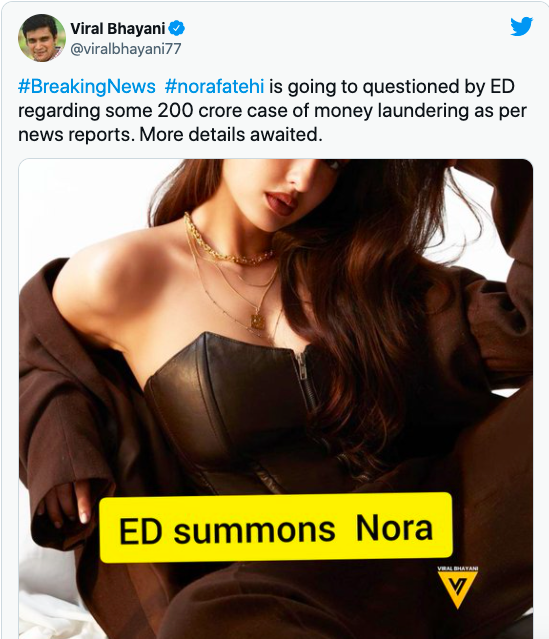 On October 15,Jacqueline
Fernandez
has been summoned to appear before the investigative agency.  According to reports, the ED is investigating the likelihood that money was invested abroad, and Sukesh Chandrashekar, a bribery accused, is leading this fraud.
Sukesh and his wife's residence had previously been raided. According to the ED, Bollywood celebrities are active players in the case.
The case stems from a FIR filed by the Delhi Police's Economic Offences Wing (EOW) against Sukesh and others for alleged criminal conspiracy, cheating, and extortion in the amount of Rs 200 crore.
The provisions of the Prevention of Money Laundering Act were used to record Jacqueline's statement (PMLA).
The ED announced on August 23 that it had raided a magnificent beach villa in Chennai and confiscated Rs 82.5 lakh in cash, 2 kg of gold, 16 luxury automobiles, and other high-end items.

Noha Fatehi was most recently seen in Bhuj: The Pride of India, alongside Ajay Devgn and Sonakshi Sinha.