‘Father Knows Who The Father Is’: Nusrat Jahan dodges question on son’s father; Reveals name of her child

Nusrat Jahan declined to answer a query about her "son's father" identity. The actor-turned-politician, who gave birth to a son last month, claims that her child's father knows who he is. 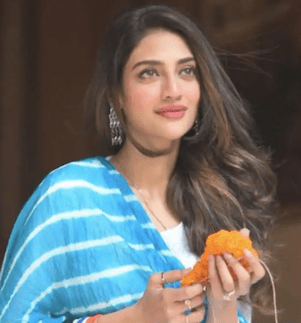 Nusrat Jahan, an actor-politician who gave birth to a son last month, made her first public appearance on Wednesday since embracing motherhood. She was in Kolkata for the launch of a salon. She was asked a question about her "better half" during the occasion, and she declined to give any names.
“I believe that's a vague question to ask and puts a black spot on somebody's character as a woman, who the father is,” Nusrat told a leading daily when questioned about the identity of her ‘son's father'.  The father knows who the father is, and we're having a great time as family right now. Myself  and Yash, We're having a fantastic time.”
Also Read:
Mumbai Diaries 26/11 Review: Authentic Amazon Web Series Shows Mohit Raina, Konkana SenSharma in top form
Motherhood, according to Nusrat, "feels fantastic." She explained, "It's a new life, it feels like a fresh beginning." She also disclosed the name of her kid, ‘Yishaan’. 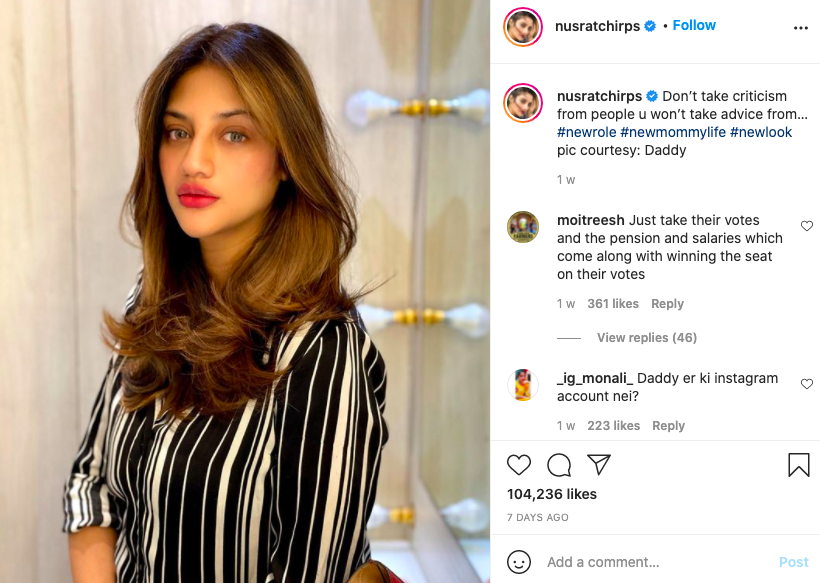 Nusrat offered followers a sneak peek at her new style last week, along with a message for her critics. She gave ‘daddy' credit for the photo. “Don’t take criticism from people u won’t take advice from… #newrole #newmommylife #newlook pic courtesy: Daddy,” she wrote. She captioned a photo of herself with her shorter hair.
Also Read: Surprised! Munmun Dutta aka 'Babita Ji’, 'Tapu' Raj Anadkat of Taarak Mehta Ka Ooltah Chashmah Are Dating; having 9 yrs age-difference
Nusrat's rumoured boyfriend, actor-politician Yash Dasgupta, carried the child to the car after she was discharged from the Bhagirathi Neotia Hospital in Kolkata after giving birth. After Nusrat became a mother, Yash sent an update with followers and well-wishers. “For those who have been enquiring about Nusrat’s health, the mother and child are healthy and doing well,” he said.
In 2019, Nusrat married businessman Nikhil Jain in Turkey. However, she stated in June that because their marriage was declared null and void by Indian law, it could only be considered a live-in relationship.
Despite his "differences" with Nusrat, Nikhil wished her after the birth of her kid. “I wish the baby boy has a bright future,” he said.