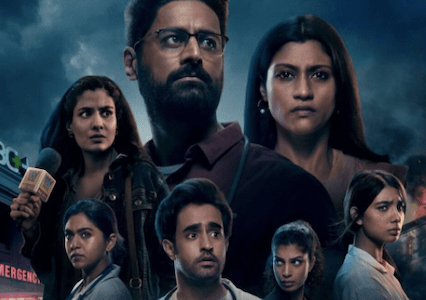 Creator - Nikkhil Advani
Cast - Mohit Raina, Konkona Sensharma, Tina Desai, Shreya Dhanwanthary, Natasha Bharadwaj, Satyajeet Dubey, Mrunmayee Deshpande, Prakash Belawadi
The finest thing Nikkhil Advani has ever done is Mumbai Diaries 26/11, a ground-level look at a national catastrophe. This isn't to say he didn't set high standards for himself — after all, we're talking about the man who helmed Delhi Safari and Katti Batti, as well as creating The Empire — but Mumbai Diaries is a good programme by any measure, particularly Indian.
It's no secret that, in the midst of the epidemic, streamers in India have apparently green-lit every half-formed concept that has been slid through their doors, sacrificing storytelling at the altar of commerce without a second thought.
Also Read: Javed Akhtar Defamation Case: Bombay HC dismisses Kangana Ranaut’s Plea 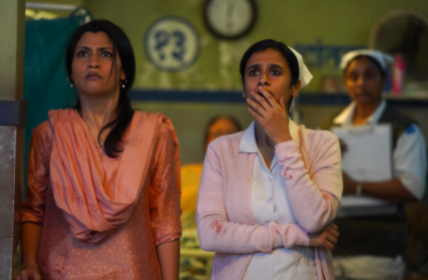 The ideas of Mumbai Diaries, like all of Advani's work, are firmly popular, but the filmmaking has a level of sophistication that we don't frequently see in homegrown streaming films. Of course, there are a few exceptions. The eight-episode drama, which is essentially a One Long Day tale set during the Mumbai terror attacks of 26/11, has a broad scope but is primarily limited to the fictitious Bombay General Hospital's emergency room, which is managed by the brash doctor Kaushik Oberoi (Mohit Raina).
Also Read:
Surprised! Munmun Dutta aka 'Babita Ji’, 'Tapu' Raj Anadkat of Taarak Mehta Ka Ooltah Chashmah Are Dating; having 9 yrs age-difference

The show's greatest achievement is how well it fleshes out not only Dr Oberoi and Chitra Das — it helps that Mohit Raina and Konkana Sensharma give deeply felt performances — but also minor supporting characters like security guard Vasu and hospital handyman Samarth, whose simmering bigotry boils to the surface in the aftermath of the attacks. See trailer here.

Samarth lashes out against the wet-behind-the-ears resident doctor Ahaan Mirza after experiencing a serious personal loss, only because he is a Muslim. Their increasingly heated exchanges over the course of the turbulent night come to a climax in a scene so laughably over-the-top that you'll be split between admiring Advani and co-director Nikhil Gonsalves' daring or rolling your eyes at their simple interpretation on a decades-long dispute. 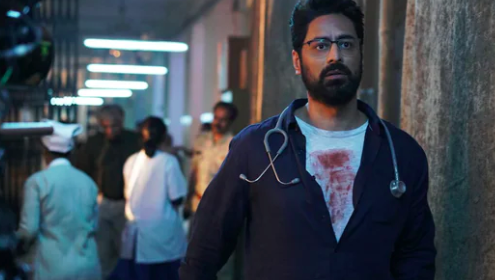 Mumbai Diaries, in a move that may be regarded as either daring or stunningly foolish (you decide), deviates from established facts and swaggers into a Tarantino-esque revisionist history zone towards the end. It's unknown why it chose to take such a wild swing, especially when it had previously landed all of its blows. The programme wastes two episodes on this foolishness before concluding with a 35-minute episode that serves as little more than an useless postscript.
Also Read: Ganesh Chaturthi 2021: Shilpa Shetty Welcomes Home Lord Ganesha Idol With A Smile; See PICS
However, there is plenty to admire here. Despite falling for the ‘Good Muslim Trope' and regularly throwing a grenade in the face of subtlety, Mumbai Diaries has its heart in the right place. Sure, it falls for a rather preachy tone near the conclusion, but when the preaching is so firmly rooted in humanism, certain concessions are acceptable.
Mumbai Diaries, isn't totally plot-driven. The episode covers Dr Oberoi's troubled marriage and how clinically he is able to distance from his personal problems and focus on his high-pressure position at times like this. He's an addict, and he's well aware of it.
And, as much as he'd like to think he's fulfilling the Hippocratic oath by refusing to treat one of the terrorists despite police objections, he's actually doing it because he's a kind person.
I find it incredibly refreshing to see a show that is so obsessed with the concept of decency that it is ready to risk all and humanise even the Ajmal Kasab stand-in for a brief moment. But that's what Mumbai Diaries is all about, and while it'll never be as sharp as a surgeon's knife, it'll always have the same indomitable spirit as the city it loves.