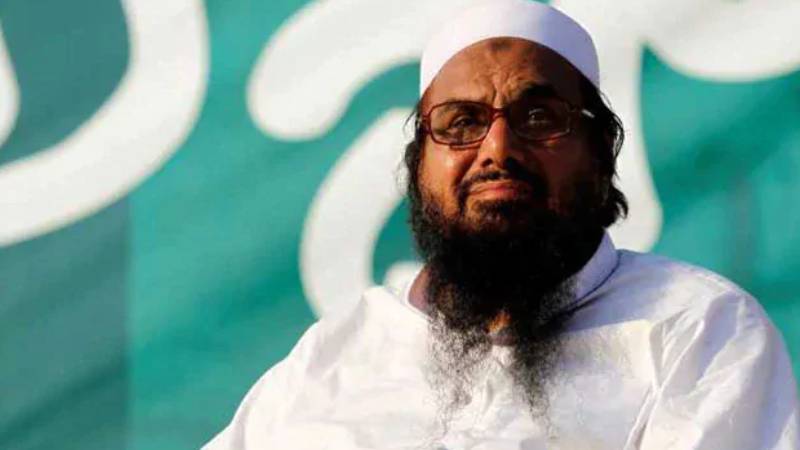 An anti-terrorism court in Punjab province has awarded 10-year imprisonment to Jamat-ud-Dawa (JUD) chief Hafiz Saeed and other top leaders of the organization in at least two cases related to terror-financing.

As per the court order, the authorities have been directed to confiscate the properties of Hafiz Saeed along with the imposition of Rs 10,000 fine. Abdul Rehman Makki, the brother-in-law of Saeed and second in command in JUD, has also been sentenced to six months' imprisonment for being an accomplice to the terror-funding cases.

Other than the above-mentioned leaders of JUD, Zafar Iqbal and Yahya Mujahid have also been sentenced to 10.5 years' imprisonment each by the anti-terrorism court.

The case, filed by the Punjab Counter-Terrorism Department (CTD), was heard by Judge Arshad Hussain Bhutta of the Lahore Anti-Terrorism Court No.1.

The verdict was announced after cross-examination of witnesses' statements, which later brought the court to the conclusion that the accused were proven guilty.

The latest verdict is part of at least 23 cases registered against Saeed and the members of his organization in 2019 by the CTD with charges of terror-financing, terror-facilitation and terror-funding through various umbrella outfits working under the supervision of JUD.

The cases were filed under Section 11-N of the Anti-Terrorism Act, 1997.

As per details, the investigation into the cases revealed that the suspects committed terror financing by managing assets of proscribed organizations and helped them in raising funds.

The jail term of Saeed, who is already serving his sentence on charges of terror financing in the Kot Lakpat jail in Lahore in another case, will now be extended following the latest verdict. He was arrested in July 2019.

The anti-terrorism court had earlier awarded imprisonment sentences to other JUD leaders in at least six cases.

Pakistan has been under global pressure to take solid steps against terror financing and money laundering, especially from the Financial Action Task Force (FATF), which has made it a compulsion in order for Pakistan to see itself out of its grey list.