On Tuesday, ICC ran an online poll on Twitter to let the users decide who is the better batsman while captaining his side 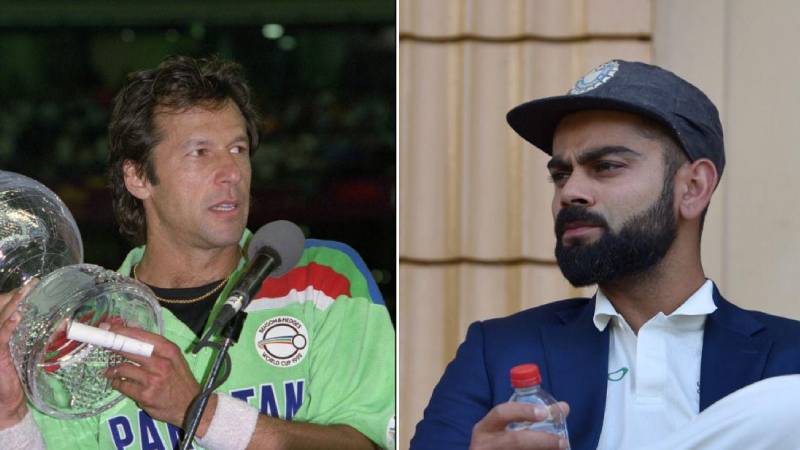 It is said that hate for someone cannot exceed the amount of love for someone, however, when it comes to Indians who hate Modi, they always prefer their hate. A perfect anecdote was seen when Internation Cricket Council (ICC) started a poll which consisted of Indian Cricket Team Captain Virat Kohli and former Pakistani Cricket Team Captain Imran Khan (Present PM of Pakistan).

On Tuesday, ICC ran an online poll on Twitter to let the users decide who is the better batsman while captaining his side. ICC shared an infographic picture of all the captains in the polls. The poll included South Africa captain AB de Villiers, Australia women’s cricket team skipper Meg Lanning, Indian Skipper Virat Kohli and former Pakistani Captain Imran Khan.

As per reports, more than 5,00,000 votes were cast, the poll went towards a nail-biting finish between Virat Kohli and Imran Khan. Interestingly, Virat Kohli was winning quite easily but all of a sudden a heavy vote on Imran Khan started to be cast. There are many reports which say that Pakistan has a quite vast social media cell that goes active when it has to run a social media campaign. However, the state-sponsored social media campaign is not the only reason why Virat Kohli lost the online polls.

Despite all these things, Imran only secured more than 1% vote from Virat Kohli.