Over 300 people are infected from diarrhea outbreak at the village in the Abheypur area of Panchkula. CMO said that the water is filthy and the health department said it’s not our fault. 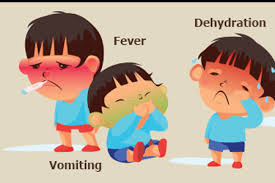 A nine-year-old boy has died and around 300 people have been affected due to a diarrhea outbreak in the villages of Panchkula, Haryana.

As per the reports by media channels, the first case was reported in the Abheypur area of Panchkula on Wednesday, and on Thursday, hundreds of people were admitted to the Panchkula civil hospitals and public health camps, which have been set up in the affected areas. The hospital’s Covid paediatrics units, in absence of any positive case, have been used to cure the children affected by the outbreak.

Stool samples collected to examine, confirmed it to be cholera. The reason suspected behind the outbreak is the consumption of contaminated water due to the mixing of sewer water in pipelines.

Also Read: Know why this man in Rajasthan sleeps 300 days a year?

Family members of nine-year-old Arpit, who is the first reported person who died due to diarrhea, have alleged negligence on the part of the doctors. A family member of the boy said, “He was admitted Tuesday night and was kept there till Wednesday morning after which hospital staff discharged him and he died on the same noon.”

Panchkula CMO Dr Mukta Kumar visited the site, amid a rise in the cases, on Thursday. While addressing the media Dr Mukta said, “Upon my visit, I realized the sanitary conditions, especially at Abheypur, were extremely poor. The tank which provides water is right next to the sewer which is open and carries all house discharges. There was constant seepage of this dirty water underground, which may have led to this cholera outbreak.”

The CMO further said that doctor observed the boy overnight and because of his improving condition discharged him.

The Panchkula CMO added, “But in cholera cases in children, the onset of diarrhea can sometimes be so excessive and so sudden that immediate steps are necessary. By the time they brought him to the hospital, there was nothing that could be done.”

Also Read: Explained: How air pollution can worsen Covid19 & What you can do for prevention

Dr Mukta also checked the water dispensed at the homes of the villagers and said, “The water was extremely dirty and unfit for any sort of consumption. This is a serious matter which must be taken up. I even called the executive engineer on the spot. Prevention is better than cure.”

However, the Public Health Department of HSVP denied any responsibility in the matter but has started the investigation.