Param Bir Singh has been accused in an extortion case. 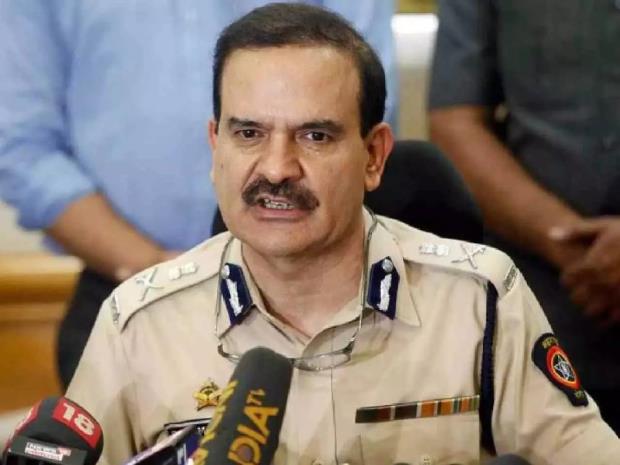 Former Mumbai police commissioner Param Bir Singh has been granted interim protection from the Supreme Court on Monday from arrest in connection with six FIRs filed against him in Maharashtra.


While granting the protection from arrest to Singh, the court has directed the former commissioner to join the investigation. Param Bir Singh has been accused in an extortion case.

During the last hearing that took place on Monday, the Supreme Court had said that it will not entertain his appeal for protection from arrest until he discloses his whereabouts, to which the cop's lawyer replied that he is "very much" in the country.

Param Bir Singh’s lawyer, told the court, "He doesn’t want to abscond. He doesn’t want to run away. The issue however is that there is a very genuine threat to his life as soon as he enters Maharashtra,”  while he added that Singh will willingly appear before any CBI official within 48 hours if the court asks him to.

The court’s order follows Singh’s lawyer informing it that the top cop doesn’t want to be absconding but has been hiding as he faces threat to his life from the Mumbai police.

Agreeing to hear Singh’s petition, the court has issued a notice to the Maharashtra government and the CBI. The matter is posted to be heard on December 6.
Param Bir Singh’s lawyer while arguing for his protection from arrest for him on Monday, on his behalf told the court,  "I don’t want to send out the impression that I have done anything wrong. I have full faith in the judiciary. Please grant me protection. I was the senior-most police officer, I won’t run away."


The magistrate court in Bombay on Wednesday declared Singh a "proclaimed offender" in an extortion case that has been registered against him and some other officers in the city.

Param Bir Singh was last seen in his office in May this year after which he went on leave. The Mumbai police last month had told the Bombay High Court that his whereabouts were not known, while the state crime branch that is inquiring into the case has sought the proclamation against him, saying that the IPS officer is untraceable even after issuing a non-bailable warrant.

Meanwhile, Param Bir Singh’s counsel in the plea has alleged that "bookies and extortionists" against whom the top police officer had taken action during his tenure were now filing complaints against him, saying ``What to expect from the Maharashtra government after this?"

"If every person I have taken action against starts registering complaints against me, what am I and my colleagues expected to do?" Param Bir Singh's counsel added.
Further, the top cop has also alleged that the present Director General of Police in Maharashtra had asked him to withdraw his letter if he wants to ensure his safety.

"The matter has become curiouser and curiouser in the battle between the then home minister and the then Mumbai police commissioner,” the top court said on Monday after hearing the argument.