"Perhaps some people may be upset if the country's women, OBCs, and farmer's sons become ministers. That's why they won't even allow their introduction,” PM said. 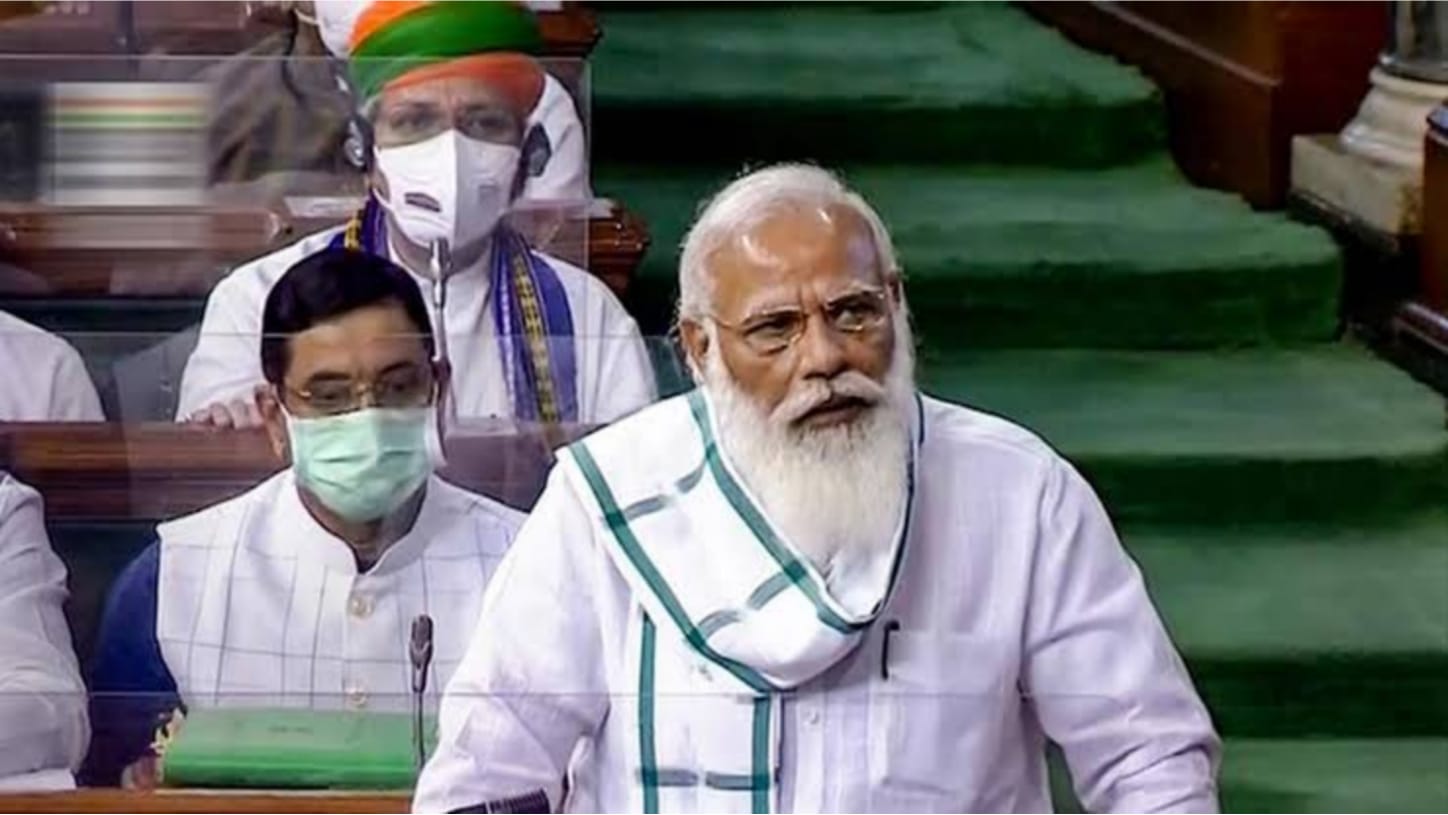 The monsoon session of parliament took off on a sour note as Prime Minister Narendra Modi was interrupted by the oppositions’ protest.

Following the upheaval, speaker Om Birla appealed for silence and to let “customary” introduction of the ministers take place. However, the opposition’s sloganeering continued until the Lok Sabha was adjourned till the afternoon.

Despite the outcry, PM expected that the new ministers would be honored and congratulated with claps. "Perhaps some people may be upset if the country's women, OBCs, and farmer's sons become ministers. That's why they won't even allow their introduction,” he added.

“As many women, Dalits, and tribals had become ministers, I assumed there would be enthusiasm in the parliament. Our colleagues from the agricultural and rural communities, as well as the OBC group, have been given a seat on the council of ministers this time,” Modi stated.

“They should have been congratulated and encouraged."

Speaker Om Birla cautioned the opposition urging them to maintain decorum as they continued to yell slogans against price hikes and farmer protests. He was heard stating, "You are dragging down the standards of parliamentary democracy; we are the world's largest democracy."

In the end, he requested Prime Minister Modi to put the introductory document on the table and adjourned the house.

On the matter, Union Defence Minister Rajnath said that "What the Congress did was really unfortunate. Prime Minister could not even introduce his cabinet."

“Healthy traditions in the House have been set by following conventions. I have been in the house for the last 24 years and have not seen such an incident where the PM could not introduce his council of ministers, even if it is one minister. It is sad, unfortunate and unhealthy.”

Meanwhile, Gaurav Gogoi, the Congress deputy leader and a member of Parliament from Assam's Kaliabor constituency said, “The PM thinks that his decision to reshuffle the Cabinet is more important than the economic burden he has put on the millions of the Indian citizens.” He added, “Congress stands with the people of India.”

In his first cabinet reshuffle of his second term in office, the Prime Minister appointed 36 new ministers earlier this month.