With the Indian insurance regulator allowing non-life insurers to offer innovative covers like 'pay as you drive, pay how you drive', the question that pops up is should that not be extended to the third party insurance as well. 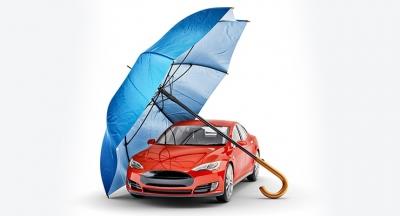 With the Indian insurance regulator allowing non-life insurers to offer innovative covers like 'pay as you drive, pay how you drive', the question that pops up is should that not be extended to the third party insurance as well. When asked by IANS, industry officials kept a stoic silence as the companies are raking in money from the motor insurance portfolio.At a time when the industry is lobbying for more regulatory relaxations, barring one or two CEOs, others are mum, when it comes to policyholder friendly moves like scrapping of administrative pricing for motor third party premium.As a matter of fact, at their recent meeting with Debasish Panda, Chairman, Insurance Regulatory and Development Authority of India (IRDAI) a CEO of a general insurer asked for regular hikes in the premium, even though the portfolio is raking in profits.Vehicle insurance policies have two parts -- own damage (insurance for the vehicle against damage, theft) and third party liability (liability for third parties). The third party insurance cover is mandatory whereas the insurance cover for vehicle damage is not mandatory and the rates are administered.The premium amount charged factors like: expenses, claims outgo and profit.The Insurance Regulatory and Development Authority of India's (IRDAI) decision to offer the new covers concerns the own damage portion of the policy.The logic as to pay as you drive is that the insurance cover would kick in only when the vehicle is in motion, which is detected by telematics. When the vehicle is stationary, the insurance cover for vehicle damage ceases, subject to certain exceptions.When queried should not the same logic apply to the third party liability insurance cover too, a majority of the industry officials clam up as the industry is raking in huge money.More than two decades after the insurance sector was opened up in India, the part of motor insurance is still under the administrative pricing mechanism, with the Central government deciding it.Contrary to the claims made by the general insurers that they are incurring huge losses under the motor portfolio, the actual numbers as per the Insurance Information Bureau of India (IIB) and studies by industry lobby body General Insurance Council show the contrary.As per the Indian Non-Life Industry Year Book 2020-21 published by the General Insurance Council, the total premium earned under the motor insurance was Rs 67,389 crore by the industry. The industry invests the sum and earns income on this as well.The total claims paid during 2020-21 was Rs 28,726 crore- towards vehicle damage Rs 17,834 crore, towards third party liability Rs 10,892 crore- netting the industry a whopping surplus of Rs 30,854 crore.The total number of third party claims settled during the year was 257,165.The average settlement per claim was Rs 4,23,541.During 2019-20, as per the data published by the General Insurance Council, the total motor insurance premium earned by the industry was Rs 68,951 crore -- vehicle damage Rs 26,524 crore, third party liability Rs 42,427 crore.The total claims paid for 2019-20 was Rs 38,071 crore -- towards damage to vehicles at Rs 20,552 crore and third party liability at Rs 17,519 crore.The gross surplus was a whopping Rs 30,880 crore.The total number of third party claims settled during 2019-20 was 4,03,283 with an average pay out of Rs 4,34,409.In its annual report on motor insurance for the 2018-19 fiscal, the IIB said a sum of Rs 35,519 crore of motor claims -- towards vehicle damage Rs 18,262 crore and third party liability Rs 14,257 crore -- were settled during 2018-19, while the gross underwritten premium was Rs 64,522.35 crore.According to the report, the average settlement amount for death claims during 2018-19 fiscal was Rs 9,01,207 while for injury claims it was Rs 2,51,094. The blended average works to Rs 5,76,150 per claim.From the numbers above, one can note the decreasing average per claim amount from 2018-19 to 2020-21The industry players also claim that a large number of vehicles run on the roads without third party insurance and their ridiculous demand is that petrol bunks deny fuel if the vehicle does not have insurance."Such a demand is nonsense," a senior industry official told IANS preferring anonymity.However, they do not have any answer when asked how that impacts them as they pay claims only on those policies issued by them and it is for the police to penalise the violators.On the question of scrapping the administrative pricing mechanism for the third party insurance Jasleen Kohli, Managing Director, Go Digit General Insurance Ltd welcomed such a move."The third party rate has to be de-tariffed and we support it. In our view, whenever it has to happen, it should be done in one single shot for all classes of vehicles," Kohli told IANS.She was not for calibrated de-tariffing -- first two-wheelers and private cars -- and then other classes of vehicles.(Venkatachari Jagannathan can be reached at v.jagannathan@ians.in)
Source IANS