The meeting is being held with the purpose to assemble all ranks among the Opposition to take a stand against the spying issue. 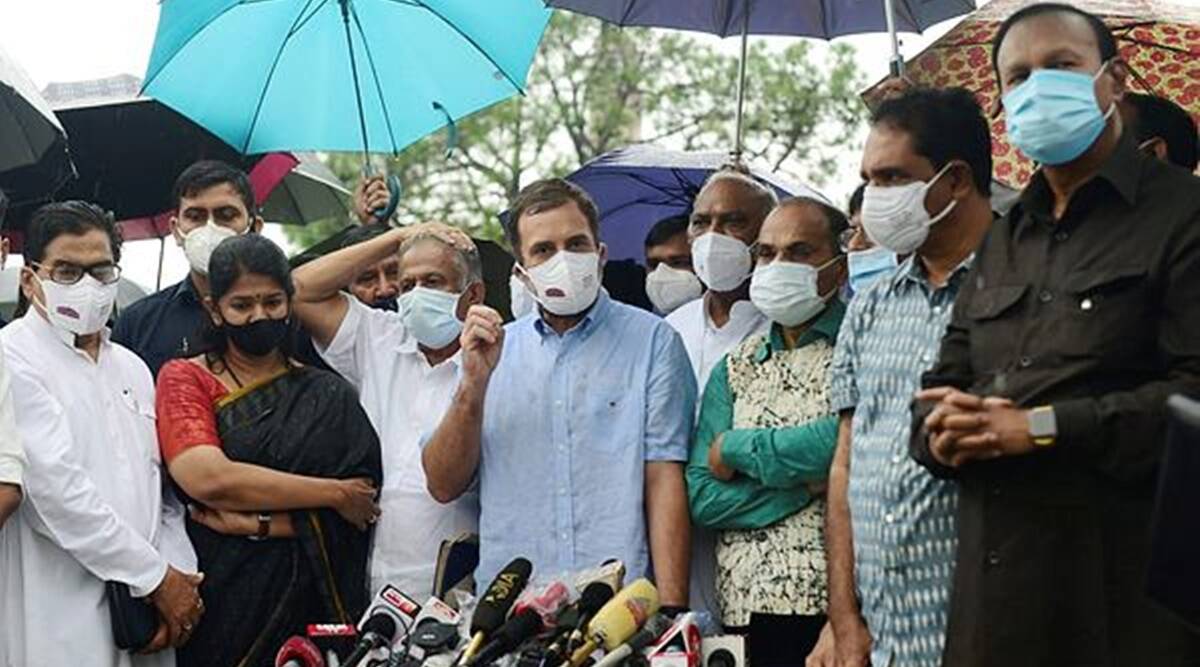 The opposition has indicated that it will continue hardening its stand on the ongoing stalemate in the parliament and that it will launch its offensive against the government over the Pegasus snooping issue, farmers protest, poor handling of the Covid pandemic and several others.

Congress leader Rahul Gandhi is currently hosting a meeting with opposition leaders over breakfast at the plan of a joint policy on the Pegasus issue. This would be the second time in a week that Mr Gandhi has organised such a meeting with several opposition party leaders who have united against the Central government.

The meeting is being held to assemble all ranks among the Opposition to take a stand against the spying issue.

About 18 political parties have been invited for the breakfast meeting to discuss holding a "mock parliament" outside.

Congress's Mallikarjun Kharge on Monday told the media that "All floor leaders and other MPs will join the meeting.”

All MPs from Opposition parties and floor leaders were invited by Mr Gandhi to discuss their next plan of action. The meeting invitation was sent to  NCP, Shiv Sena, TMC, Aam Aadmi Party, CPI, CPM, RJD, IUML, RSP, DMK, BSP, Samajwadi Party, National Conference, KCM, VCK and others. However, BSP and AAP stayed away from the meeting.

Meanwhile, Union Minister Rajnath Singh and senior BJP leader had on Monday dialled up Mr Kharge to seek his support and end the ongoing stalemate in the parliament.

The government should allow discussions in parliament, Mr Kharge replied.

The meeting is seen as a significant step against the centre as Gandhi’s conscious effort to engage non-NDA leaders and also lead from the front.

Demands to have a thorough discussion on the Pegasus row in the Parliament has been taken up every day with the Opposition leaders being given adjournment notices every day. However,  the government has been denying all allegations and said that the opposition is creating a “non-issue” and the response on the Pegasus controversy has been provided by the IT minister in both houses.

The monsoon session of the Parliament began on July 19 and disruption has caused over Rs 133 crore loss in taxpayer money. Parliament only has 18 hours out of the possible 107 hours in the first two weeks for the proceedings of the houses.

The opposition has been demanding a probe by the Supreme Court into the Pegasus snooping row where it has been alleged that Congress leader Rahul Gandhi, poll strategist Prashant Kishore, judges, activists, journalists and even politicians were potential targets of the Israeli spyware.

Addressing the media after a meeting last week where 14 Opposition parties were present, Rahul Gandhi said, "The entire opposition is here... our voice is being curtailed in parliament. We are only asking if the Pegasus software was bought and if it was used against certain persons in India.”

"I want to ask the people - there is a weapon Narendra Modi has planted in your phones... used against opposition leaders, journalists, activists... should there not be a discussion in Parliament?" he questioned.