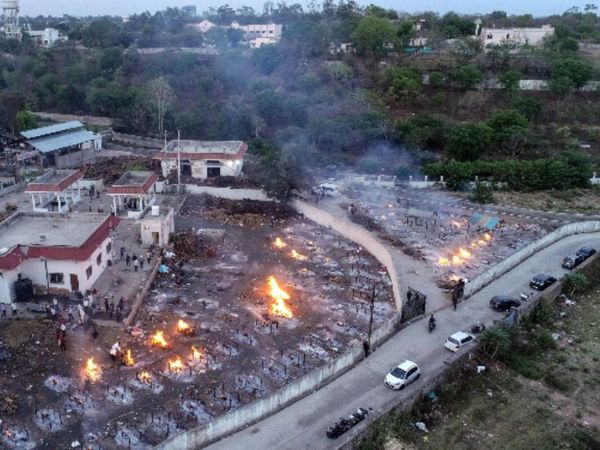 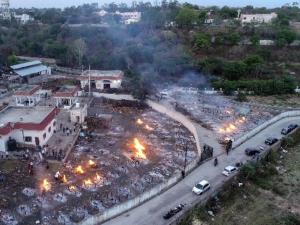 The photo is of the Bhadbhada crematorium in Bhopal. Every day 100-150 people are being cremated here, while in the government statistics only 10-12 deaths are being recorded in the entire district.

Our motive is not to scare you, but to introduce you to the truth that is important for you to know. The reality of the deaths from corona recorded in government files is far more frightening.

Pyres are being extinguished before the dead body is completely burnt to make the spot available for the next dead body – such is the deterioration in situation.

Likewise, in cemeteries there is no room left for burials.

In this photo story, we will show you 10 such photos from 10 cities.

These pictures will also make you realize that no matter how much money you have, no matter how high a position you have, the slightest bit of carelessness can end in tragedy. 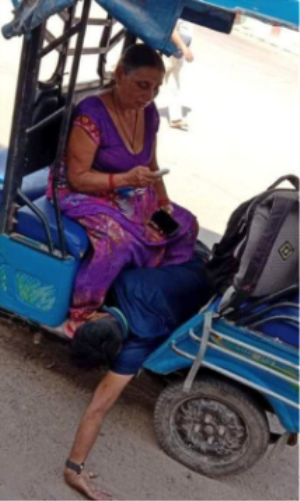 The photo is of Varanasi, the parliamentary constituency of Prime Minister Narendra Modi. Here, an elderly mother of Mariahu of Jaunpur wandered from one hospital to another to get her young son treated but no one listened. See the government system, there was not even an ambulance to take the son to the hospital. Eventually the son's breath broke at the mother's feet. 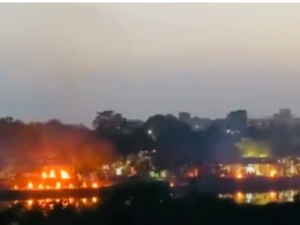 The photo is from Lucknow, the capital of Uttar Pradesh. Here a video of the funeral of 184 dead bodies had surfaced at the Bhaisa Kund crematorium, while the government data records only 10-25 deaths in the capital every day. 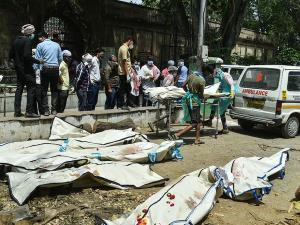 The photo is of Kanpur city of Uttar Pradesh. There are 10-20 deaths every day in almost every Covid Hospital, but according to government statistics, only 10 to 15 people are being killed in the entire district. More bodies are reaching every cremation ghat and cemetery of the district than on normal days. 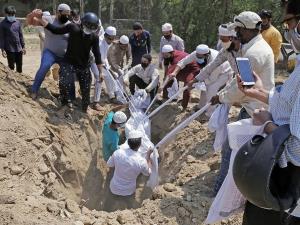 The photo is from the capital of the country, Delhi. There is no longer any place for burial of dead bodies in the cemetery here. The management of the cemetery says that the bodies of 50 to 60 people are coming every day. Now distant cemeteries of the city are being approached and the dead are being buried like this. 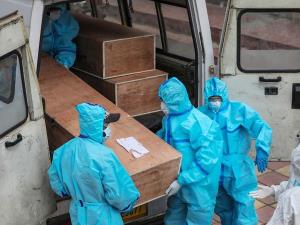 The photo is of the District Hospital of Jammu. There has been a 123% increase in the number of people who lost their lives in Corona. Due to this, the infrastructure to transport dead bodies is falling short. 5-7 dead bodies are being transported in one hearse. 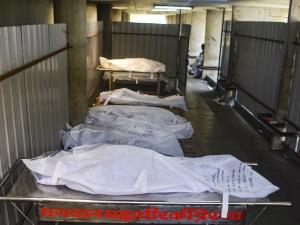 The photo is of Ahmedabad city of Gujarat. In the ghats and cemeteries here, every day about 100-150 people are being cremated under the Covid Protocol, but only 20-25 deaths are recorded in the government figures. The situation is so dire that there is no space left for the dead bodies to be kept in the hospitals' freezers. 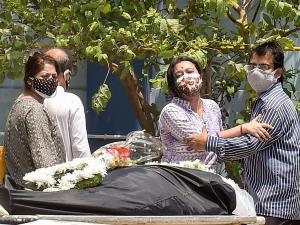 The photo is from Kolkata, the capital of West Bengal. Here, the family of the patient who lost his life from Corona was not permitted to see his face for the last time. The family kept crying again and again to be allowed to see the dead body. 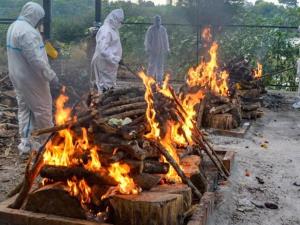 The photo is from Mumbai. The cremation grounds of those who lost their lives day and night are being cremated at the crematorium here. Due to the space being filled in the cemeteries, bodies are now being buried in the outskirts. 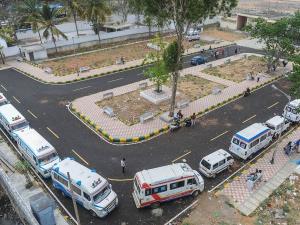 The photo is from Bengaluru city of Karnataka. Ambulances, who arrived here on Bomanhali Ghat carrying corpse of those who lost their lives from Corona, also had to line up. Every day 100-200 people are being cremated here, while the official figures are only 50 to 70 deaths.

Get the latest update about Bomanhali Ghat, check out more about Live, District Hospital of Jammu, Kolkata the capital of West Bengal & Ahmedabad city of Gujarat