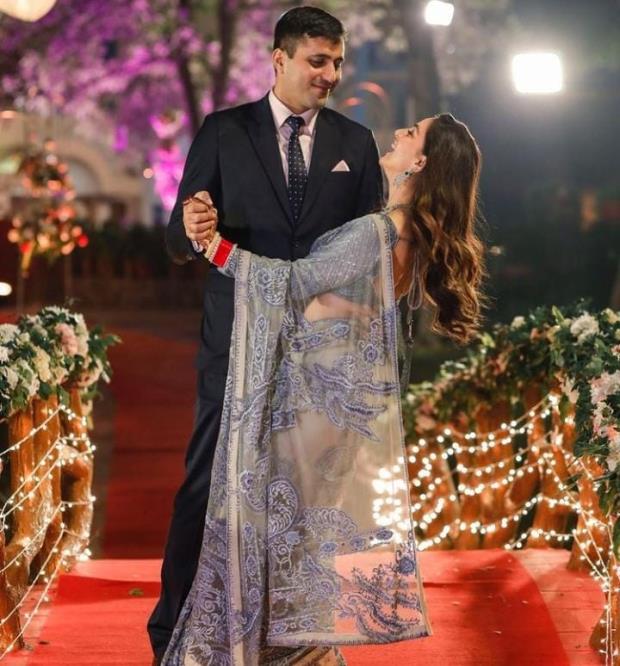 Shraddha Arya, who is best known for her role in the popular TV show Kundali Bhagya, shared pictures from her wedding reception on Thursday night on Instagram. The actress married Delhi-based naval officer Rahul Nagal earlier this week. For her reception, the actress wore a grey embroidered saree. Sharing mushy pictures from the festivities, she wrote: "Commander and Mrs. Nagal." She added the hashtag #RashInLove. She added, "My wedding gift from the very sweet and gorgeous fashion designer Reynu Taandon."

After her wedding, the actress introduced her husband Rahul Nagal to her Instafam. Posting a picture from the wedding, she wrote in her caption: "Just Married." She added the hashtag #ShraddhaAryaNagal to her post

Ahead of her wedding, the actress posted stunning pictures from her mehndi ceremony. Shraddha Arya wrote in her post: "The easiest yes I've ever said!" From the ceremony, she posted pictures of herself in a purple lehenga. She posed with henna in her hands. She also shared photos of the engagement ring on her finger.

In terms of work, Shraddha Arya is best-known for playing the role of Preeta Karan Luthra in the TV series Kundali Bhagya. She made her movie debut SJ Suryah's Tamil film Kalvanin Kadhali along with Nayantara. In terms of Hindi films, she starred in Nishabd, starring Amitabh Bachchan and late actress Jia Khan. She was also a part of the Telugu film Godava with Vaibhav Reddy.