Shiv Sena, Congress and NCP work together to ensure that Monday’s bandh is a success. The bandh was announced by all the three parties last week. 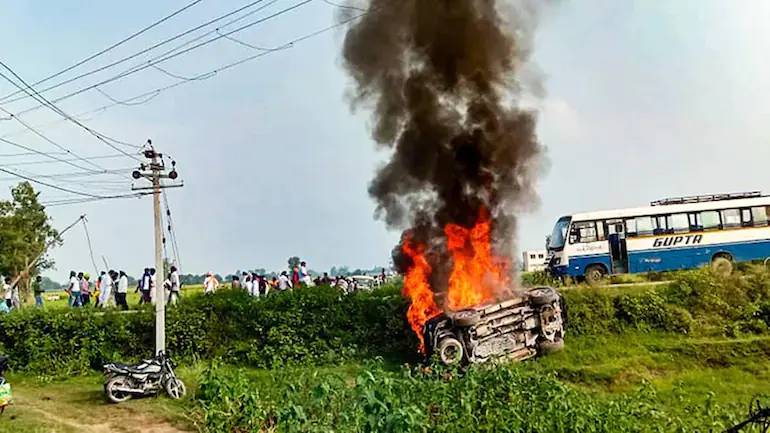 To condemn the Lakhimpur Kheri violence that killed four farmers, the Maharashtra ruling alliance, called the Maha Vikas Aghadi (MVA) has called for a statewide bandh on Monday, October 11.

Shiv Sena, Congress and NCP work together to ensure that Monday’s bandh is a success. The bandh was announced by all the three parties last week.

During a state cabinet meeting presided over by CM Uddhav Thackeray passed a resolution expressing regret over the deaths in Lakhimpur Kheri, while the ministers had also condoled the unfortunate events that unfolded in Uttar Pradesh.

The security in the state has been increased.

After the cabinet meeting, Irrigation Minister and state NCP president, Jayant Patil, said, “The MVA has called a state-wide bandh on October 11 against the Lakhimpur Kheri violence and appeals to people to participate in the bandh.”

All shops and services will remain shut for today across Maharashtra till 4 pm. Only emergency services such as medical stores, hospitals, and police stations remain operative amid the bandh, while citizens are suggested to come out only when necessary.

Shiv Sena leader Sanjay Raut had given complete support to the bandh.

“Shiv Sena will participate in the bandh with its full strength. All three parties will actively participate. What happened in Lakhimpur Kheri was a murder of the country’s Constitution, a violation of the law and a conspiracy to kill the farmers of the country. The MVA has announced the bandh to awaken the people of the state and to tell the farmers that we are with them,” Raut had said on Saturday.

A Shiv Sena shakha pramukh from western suburbs said, “We have been told to ensure that shops are closed, but not to get out on the roads and create a din as we are in power.”

Also Read: Traders’ body deny to join ‘Bandh’ in Maharashtra, say “We are limping back to business after COVID lockdowns.”

Mahesh Tapase, the chief spokesperson of NCP, said, “People of Maharashtra have expressed their solidarity with victims of the Lakhimpur Kheri incident. NCP cadres along with workers of other parties will see that bandh is ensured.”

The agricultural market produces committees including the Vashi APMC are expected to remain closed during Monday’s bandh.