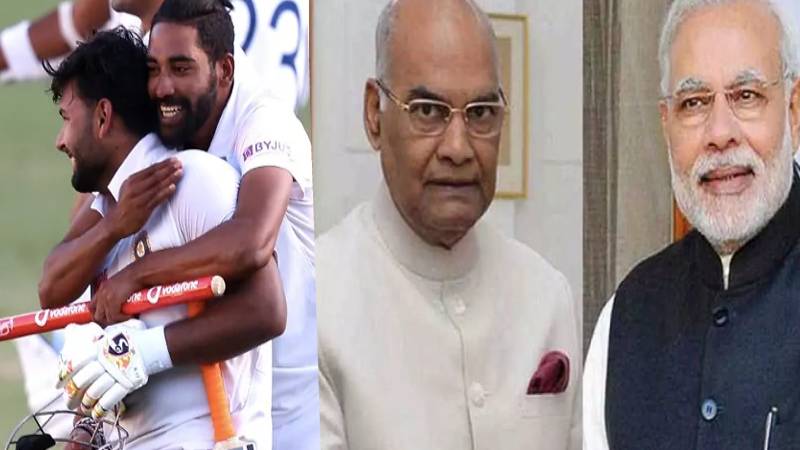 Indian Cricket Team on Tuesday created history after it defeated Australia and clinched the Border-Gavaskar test series. Australia was undefeated at the Gabba for the past 32 years, however, India broke the record and defeated Australia by 3 wickets.

This win of the Indian Cricket Team has been considered the greatest win of all time by many cricket pundits including former England captain Michael Vaughan. The Board of Cricket Control of India (BCCI) also announced a Rs 5 crore team bonus for defeating the mighty Austrlian.

Following this, wishes pour down from all around the world. India's Prime Minister Narendra Modi took to Twitter and wrote, "We are all overjoyed at the success of the Indian Cricket Team in Australia. Their remarkable energy and passion was visible throughout. So was their stellar intent, remarkable grit and determination. Congratulations to the team! Best wishes for your future endeavours."