The quake tremors were also felt in Balochistan's capital Quetta. 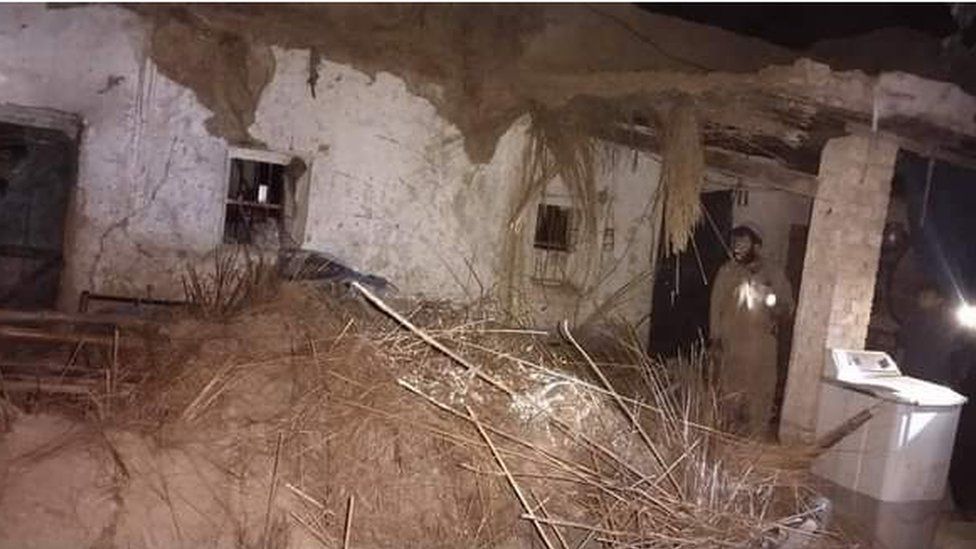 About 20 people were killed and more than 300 injured after a powerful earthquake hit Pakistan’s Balochistan province early hours of Thursday as people slept, said the Disaster management officials.

As per the seismological centre, the epicentre of the quake was located near Harnai with an intensity of 15 km.

Roofs and walls collapsed after an earthquake of the magnitude of 5.7 rattled the Balochistan province killing many while they were asleep. The quake resulted in a power cut forcing the health workers to treat the injured victims using flashlights.

"We are receiving information that 20 people have been killed due to the earthquake," Balochistan home minister Mir Zia Ullah Langau said.

There's a woman and six children reported to be dead amongst the 20 deaths, said Suhail Anwar Hashmi, a senior provincial government official, told AFP. He further said, more than 200 people have been injured from the quake.

"We are soon sending helicopters to the area to help support the rescue operation and to evacuate injured," added Hashmi.

The head of Balochistan's Provincial Disaster Management Authority, Naseer Nasar has cautioned that the fatality toll may rise.

Before morning, "we were operating without electricity with the help of torches and mobile flashlights," Zahoor Tarin, a senior official at the government-run Harnai hospital told the media agency AFP.

"Most of the injured came with fractured limbs. Dozens of people were sent back after first aid," said Tarin, adding around 40 people were taken for treatment with critical injuries.

A medical emergency has been imposed on the hospital and treatment is being provided to the quake victims.

The injured victims were seen rushing to private hospitals as well.

According to the US Geological Survey, the earthquake was of 5.7 magnitudes and smacked the region at around 3 am at a depth of about 20 kilometres (12 miles).
The quake tremors were also felt in Balochistan's capital Quetta.

Pakistan sits at the boundary where the Indian Eurasian tectonic plates connect which makes the country susceptible to earthquakes.

In October 2005, the country was hit by another powerful wake of 7.6 magnitudes. More than  73,000 losses were reported and about 3.5 million were left homeless, mainly in Pakistan-controlled Kashmir.