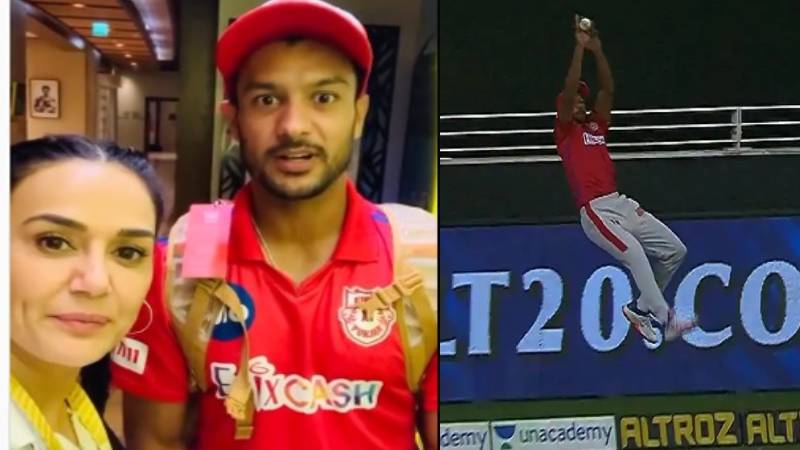 In a most dramatic contest, comprising two Super Over deciders, Kings XI Punjab (KXIP) held their nerve to eke out a heart-stopping win over reigning champions Mumbai Indians (MI) to most deservingly win two points and stay in the race for the IPL playoffs.

After the scores were levelled at the end of the regulation two innings of 20 overs each, the contest slipped into a Super Over. However, this decider, too, ended in a tie, and it took another Super Over decider the winner. The second time around, 'Universe Boss' Chris Gayle effectively sealed the win with the first-ball six.

In the second Super Over, MI managed 11 runs at the loss of one wicket, and while chasing KXIP opener Chris Gayle's massive six, along with Mayank Agarwal's boundary was enough to fetch KXIP a pulsating win with two balls to spare.

Agarwal was the hero of the second Super Over. While fielding near the boundary line, he leapt back to catch the ball while being air-borne at long-on rope and threw it back in to deny Kieron Pollard a six. That turned out to be a decisive save.

The save by Mayank shocked even the owner of Kings X1 Punjab i.e. Bollywood actress Preity Zinta. Preity was in such awe that she interviewed Mayank on his save. The actress asked how he felt after that save, Mayank replied, "Well it was going there and I thought it was going for six then I thought maybe I can reach it then it was all about putting the ball inside the field. So, I dived pushed the ball inside the field. So happy that we got two points at the end."

Still don’t get how relaxed @mayankagarawal is after flying across the field saving a 6 & hitting the match winning shot in a epic game with two super overs 👊Don’t believe me .... watch this video 🤩 @kxipofficial #Saddapunjab #KXIP #MIvsKXIP #Amazingwin #Ipl2020 Dream11 #IPL #Ting