Priyanka Chopra has posted her character poster from The Matrix Resurrections on Instagram after missing out on the original poster. 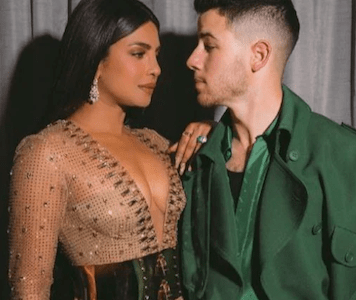 Priyanka Chopra's character poster for The Matrix Resurrections has been out, and it portrays her in a never-before-seen avatar. The actor was shown in the trailer, but not on the poster, which starred Keanu Reeves.

Also Read: Mom Madhu rubbishes divorce rumours after Priyanka Chopra drops “Jonas” from her social media username
Priyanka wrote while sharing a poster on Instagram, “And she’s here. Re-enter #TheMatrix 12.22.21.”Her hair is braided in short buns on each side and she wears a patterned blazer and loose trousers with knee high boots.
Also Read: Int’l Emmys Awards 2021: No wins for Aarya, Vir Das & Nawazuddin Siddiqui


The poster thrilled Priyanka's admirers and friends, who expressed their delight in the comments section. "Boom," said filmmaker Zoya Akhtar, while star Gauahar Khan described it as "amazing." "Perfect. Cannot wait to watch the Matrixx.”, commented one fan. I'm looking forward to seeing the Matrixx." “Sooo excited for her, she looks incredible.” one fan wrote.

Danielle Jonas, her sister-in-law, posted the poster to her Instagram Stories with the caption, "This!" 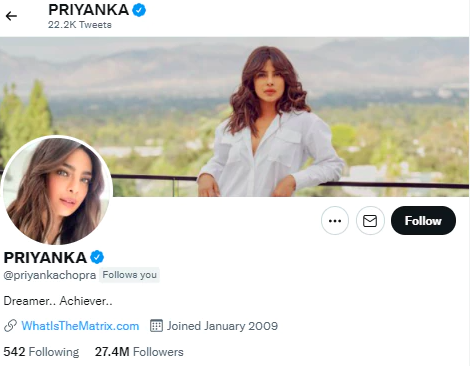 Many of her admirers, however, were curious as to why the actor, who has now dropped Chopra from her surname, dropped Jonas. "Namaste to all who are here to check her bio," one fan stated. "Are you fine?" someone asked.
Meanwhile, on Instagram, Priyanka continues to express her love for her husband Nick Jonas. "Damn!" Priyanka said after he uploaded a video from his exercise on Monday. "I just died in your arms..." she said, accompanied with a heart and a heart-eyes emoji.