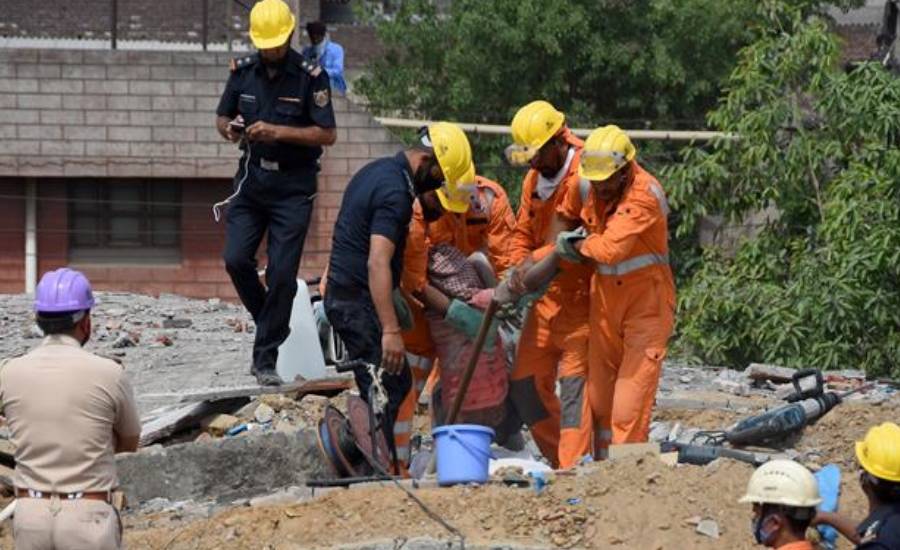 Punjab Chief Minister Captain Amarinder Singh on Monday ordered a magisterial probe into the circumstances leading to the roof collapse of a factory in Baba Mukand Singh Nagar, Daba Road, Ludhiana, which claimed four lives and left nine others injured. The chief minister, while expressing grief over the loss of lives, announced a compensation of Rs two lakhs each to the kin of the deceased, besides directing the district administration to ensure the free and prompt treatment to the injured.

According to a spokesperson of the Chief Minister’s office the magisterial inquiry would be conducted by Divisional Commissioner Patiala and he has been directed to submit his report within two weeks. The chief minister made it clear that strict action would be taken against anyone found guilty of negligence, which had cost four precious lives.

The unfortunate incident occurred around 9.50 am when 40 workers were working in the auto-parts manufacturing unit of M/s. Jasmail Singh and Sons. Rescue teams successfully rescued 36 persons from the debris and they were admitted to various hospitals for treatment. Four persons have so far died in the mishap and of the six persons who are under treatment, the condition of one is stated to be critical.

The deceased have been identified as Mustakeen and Sagar Kumar, both residents of Bihar, and Peechu and Imtiaz from Ludhiana.