Punjab Congress Crisis likely to be resolved in next 3-4 days: Harish Rawat

Notably, in the meeting poll strategist Prashant Kishor also took part which suggests that he might have given his suggestions to do the necessary reshuffle. 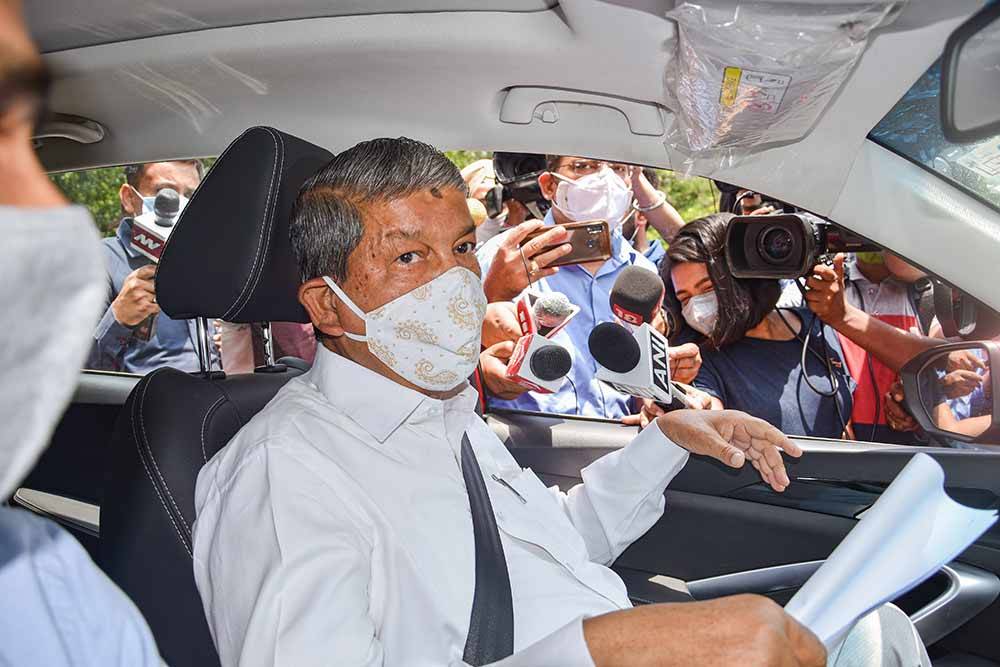 The Punjab Congress Crisis is likely to be resolved in the next 3-4 days to end the longstanding feud in the party. The reconciliation in the party hints at the much-anticipated reshuffle of the Punjab government and organization.

“Good news for Punjab Congress in next 3-4 days,” said AICC general secretary for the state Harish Rawat after meeting Rahul Gandhi at his residence in New Delhi.

When Harish Rawat was asked about the main beneficiary of ‘good news,’ he said for ‘everyone.’

Notably, in the meeting poll strategist Prashant Kishor also took part which suggests that he might have given his suggestions to do the necessary reshuffle. Perhaps, Kishor’s interventions into Punjab Congress Crisis has been denied by Harish Rawat.

However, there has been no official announcement regarding the subject matter of discussion, but the Punjab Congress affairs are expected to have been pondered upon.

The meeting of poll strategist Prashant Kishor has come as a surprise after Navjot Sidhu’s tweet. Earlier, Kishor had met Punjab CM after the latter’s meeting with Sonia Gandhi to discuss the state unit’s internal strife.

Punjab CM had earlier said that whatever decision will be taken by the High Command would be acceptable to him and the party.

“I can't comment on what is being said on social media... Sidhu Ji has his own style. Both Captain Amarinder Singh & Navjot Singh Sidhu has said that they are ready to accept the decision taken by the party leadership,” said Rawat on the accommodation of Sidhu.